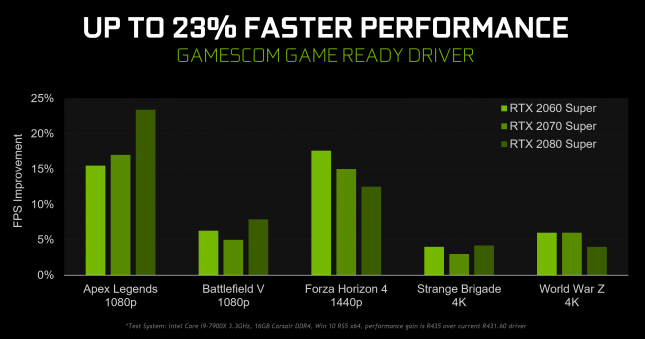 How massive? NVIDIA is seeing performance jump up by up to 23% when compared to the current 431.60 WHQL driver that game out on July 23rd, 2019. Getting such a performance improvement is no small feat and NVIDIA admitted that their software engineers have been extremely busy in recent weeks. 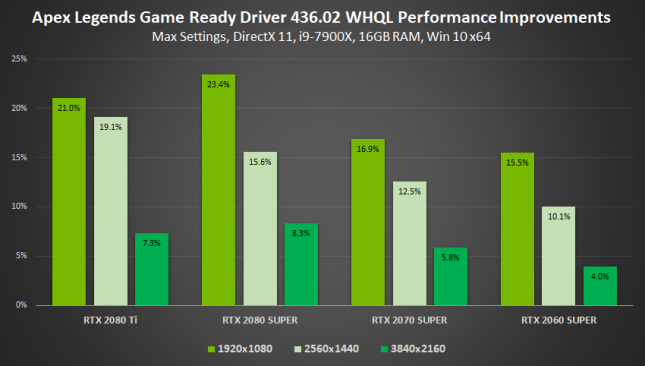 Most of the performance gains appear to be at 1920×1080, which is fine as that is the resolution that most gamers play games at. You can see the benchmark results for the other four games on the RTX 2080 Ti, RTX 2080 Super, RTX 2070 Super and RTX 2060 Super on this blog post by NVIDIA. 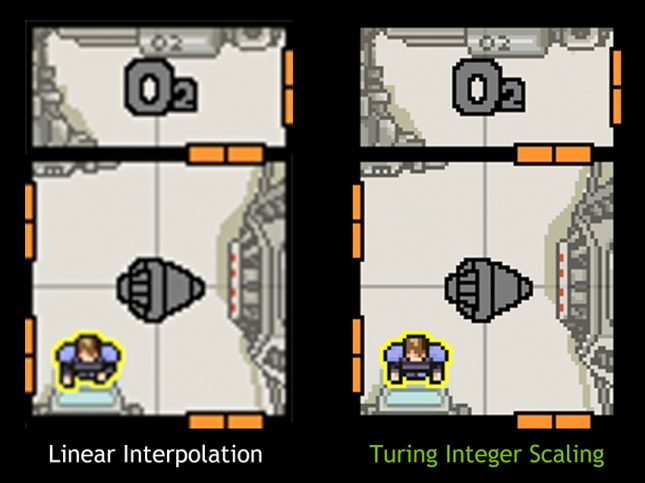 If you have a GeForce RTX or GeForce GTX 16-Series GPU and are running this new driver you can enable Integer Scaling beta for the first time. To do this just head into the NVIDIA Control Panel and select that scaling mode under the “Adjust Desktop Size and Position” display menu. When enabled in the difference in clarity and fidelity is dramatic as you can see from the example image above. 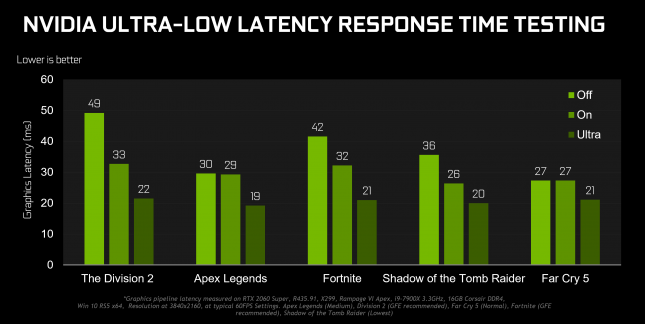 Lastly, Geforce 436.02 WHQL drivers introduce a new Ultra-Low Latency gaming mode. NVIDIA claims this new mode allows for ‘just in time’ frame scheduling, which means frames needing to be rendered are handed off to the GPU just before it needs them and no sooner. This reduces latency by up to 33% when your game is GPU bound.  To select a Low Latency mode, open the NVIDIA Control Panel, head to “Manage 3D Settings”, and scroll down to “Low Latency Mode”.