NVIDIA has released new GeForce Game Ready 430.64 WHQL drivers for download this afternoon. These drivers offer up to an 18% performance improvement due to Vulkan-renderer enhancements to the recently-released game World War Z. This goes to show that the NVIDIA driver team continues to optimize and tune graphics card drivers even after a game launches. 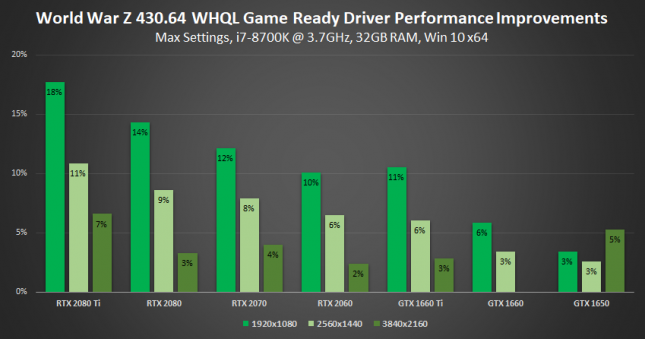