At Game Developers Conference, Microsoft detailed DirectX 12. At Game Developers Conference, Microsoft detailed DirectX 12. Microsoft promised that they were working on a “console-like API,” that is closer to the metal and it looks like this is the real deal. Microsoft’s Anuj Gosalia kicked off the announcement by saying that the key feature of DirectX 12 is Direct3D 12 and jokingly said that it will be “more Direct than ever.” Direct3D 12 will allow developers to “fully exploit the GPU.” 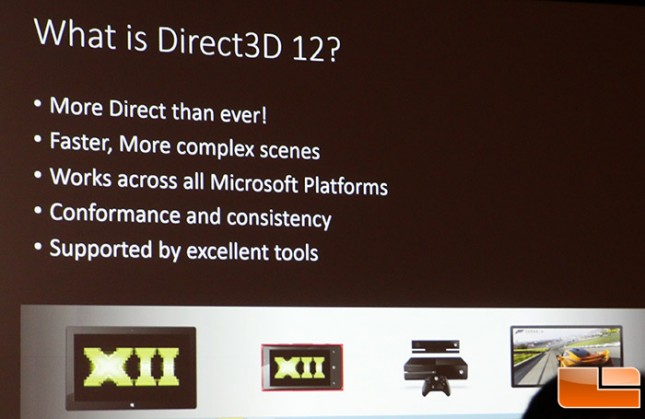 As a result of the update, Gosalia said that that Xbox One games will see “increased performance” as well. The Microsoft Xbox One game console is powered by an AMD APU with Graphics Core Next (GCN), so it looks like console and PC gamers will see a nice performance boost when DirectX 12 is released. 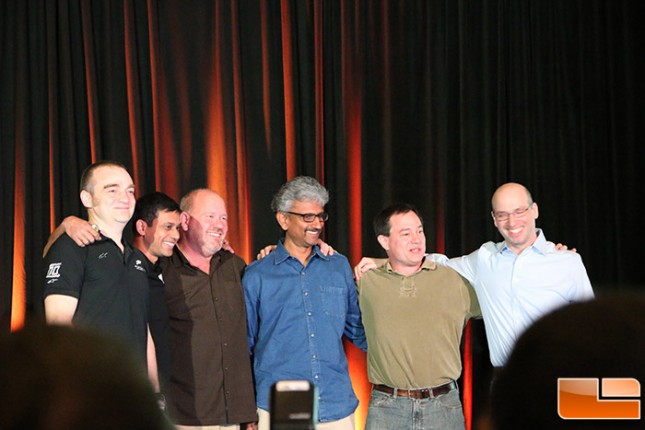 Microsoft has speakers from Qualcomm, AMD, Intel and NVIDIA that spoke at the event and they confirmed that DirectX 12 will run on most all Microsoft platforms, including smartphones, game consoles, discrete graphics cards and so on. Microsoft was quick to say that Windows XP wouldn’t be getting DirectX 12, but declined to comment on whether Windows 7 will be getting it or not at this time. 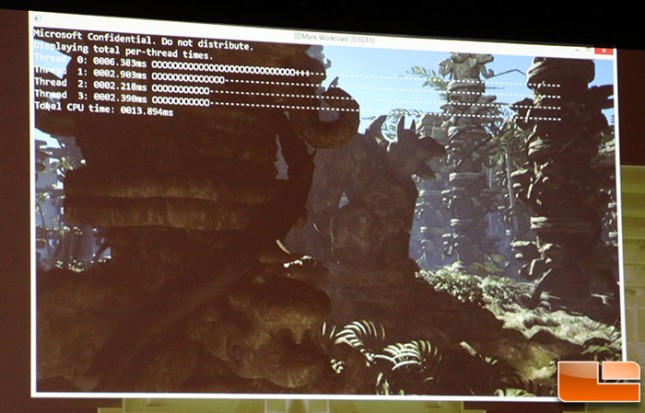 Microsoft used a 3DMark as the first example of how performance has significantly increased by moving from Direct3D 11 to Direct3D 12 with a simple code port without optimizations. simply by moving to D3D12 code, with no optimization. In the picture above you can see 3DMark running on an Intel Core i7-4770K processor that that CPU thread 0 is doing the majority of the work. 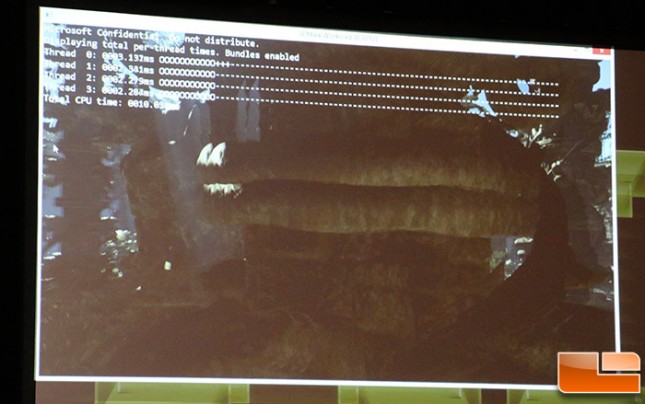 Direct3D 12 is better able to scale the load across all the CPU cores to improve performance and you can see from the images that the total CPU time went from ~14ms to ~10ms by just porting it over. This means that Microsoft better multi-threading scaling with asynchronous command list submissions across the available cores. 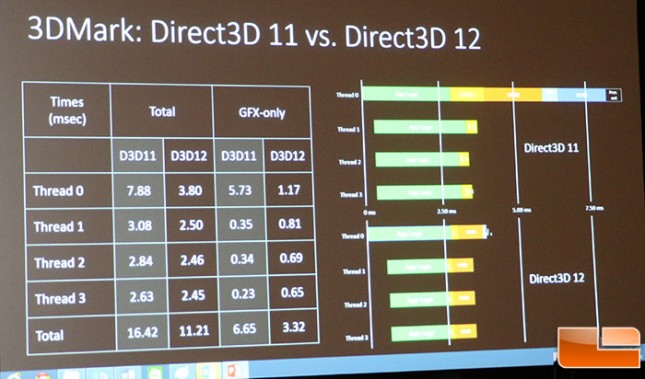 Here is a shot that shows the results of the same test done in the Microsoft labs showing that the huge reductions in time that is saved. DX12 has clearly made great strides in reducing CPU overhead. 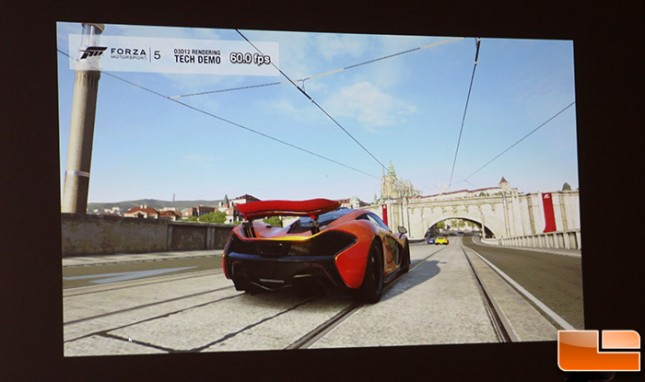 Mircosoft showed a Forza 5 rendering demo running DirectX 12 on an NVIDIA GeForce GTX Titan Black graphics card that ran smoothly at around 60fps. Does this mean a PC port of Forza 5 is coming? It should also be noted that NVIDIA stated that they will support the DX12 API on all its DX11-class GPUs; these belong to the Fermi, Kepler and Maxwell architectural families. 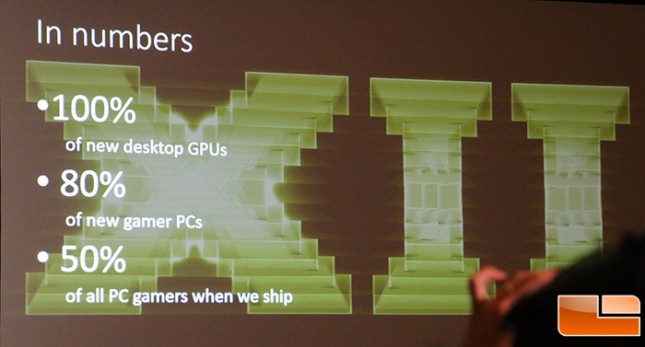 Gosalia told the audience that 100% of new desktop PCs will support DirectX 12 and that 80% of new gamer PCs should. He also believes that about 50% of gaming PCs should be able to run DirectX 12 when it is released. He made a funny joke that  “100 percent of Xbox Ones” will support the DX12 API. 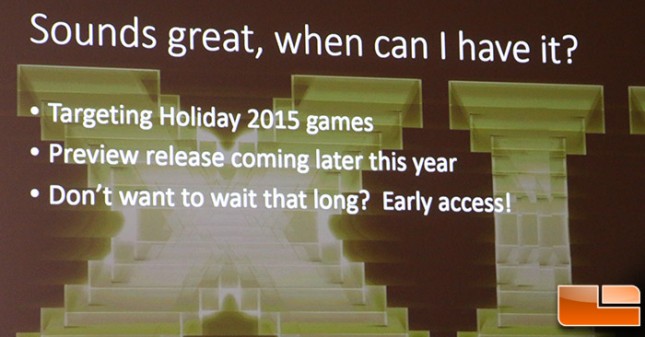