Games With Gold For August Announced

The gang over at Xbox has announced all the Games with Gold for August 2020 that will be coming next month. Each month Games with Gold brings free video game titles to Xbox Live Gold subscribers. For August, there are four games, including Portal Knights, Overdrive Mech City Brawl, MX Unleashed, and Red Faction II. 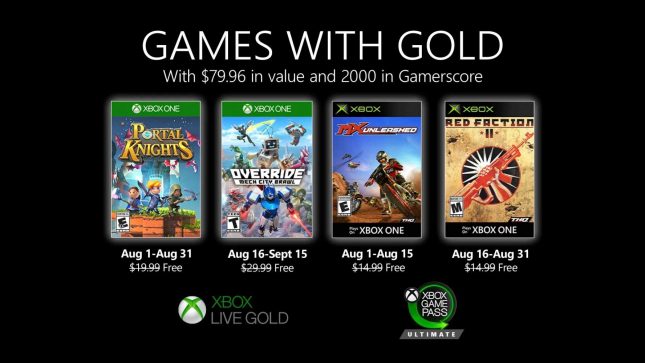 The coolest of the games, Red Faction II, will be available from August 16 through August 31. In all, these games are worth right at $80. Portal Knights and Override: Mech City Brawl are available for Xbox One. MX Unleashed fans can play on Xbox 360, and Xbox One via backward compatibility.

The full description of all for video games is available here. Free video games are a big deal and are a very nice bonus for Xbox Live Gold subscribers.