Game Testing 2GB versus 4GB of Memory on Vista 64-bit

Inspired by the Corsair Performance Analysis of 4GB versus 2GB of memory, we figured it would be fun to see for ourselves how gaming performance is impacted by adding more system memory. We got our hands on a 2GB and a 4GB set of Corsair DOMINATOR PC2-9136C5 memory modules and set off to see what happens to the average framerate in nine games at 1920×1200 on one of the fastest gaming systems that one can build. 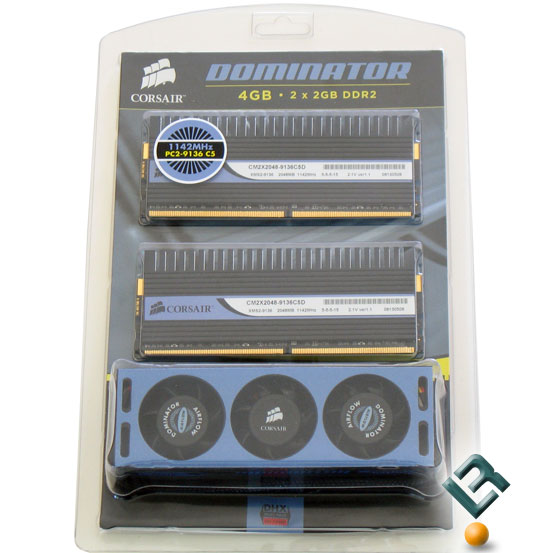 When it comes to gaming memory the Corsair DOMINATOR TWIN2X4096-9136C5DF memory kit is about as good as it gets. Memory this speed has been available for well over a year now, but only recently has Corsair been able to produce 4GB kits at these insanely high clock frequencies. Rated at an impressive 1142MHz at 5-5-5-15 2T timings with 2.1V, this DDR2 memory kit is sure to smoke nearly all other 4GB memory kits on the market today. At 1142MHz the Corsair DOMINATOR PC2-9135C5 memory kit is the second fastest 4GB memory kit on the market today as it loses out to the 1150MHz OCZ Flex II 4GB PC2-9200 memory kit that also features CL5 timings. The Corsair kit comes with AIRFLOW active cooling kit and a lifetime warranty to boot. When it comes to pricing the TWIN2X4096-9136C5DF memory kit has a street price of $299, which is significantly higher its main competitor; the OCZ Flex II 4GB PC2-9200 memory kit at $169. 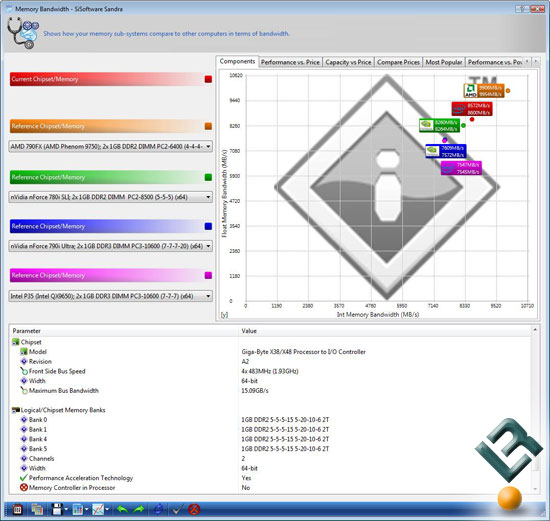 When it comes to bandwidth, the Corsair DOMINATOR TWIN2X4096-9136C5DF memory kit has some impressive numbers, as you can see above when you click the Sandra XIIc screen shot. Reaching roughly 8600MB/s on our test system is impressive, but while most memory reviews show just bandwidth tests we want to focus more on gaming performance. Lets take a look at the test system and jump to the gaming performance results.