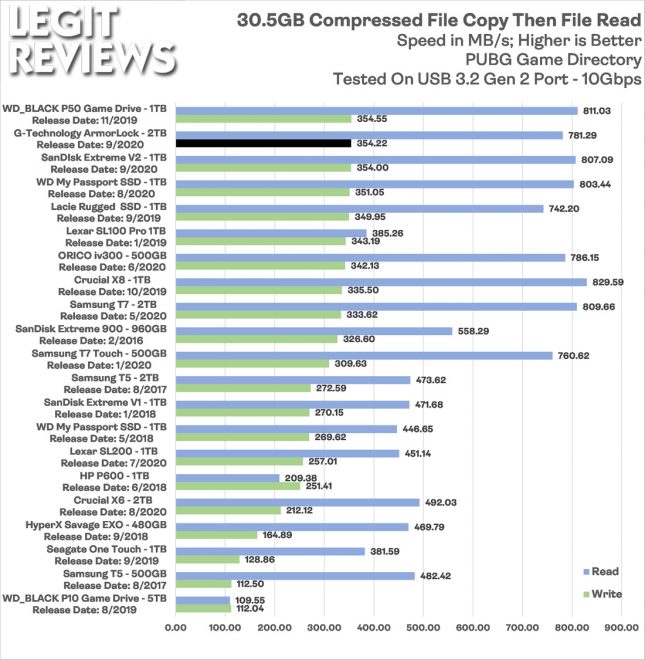 Benchmark Results: The ArmorLock finished this test with 781.29 MB/s on reading the compressed file and 354.22 MB/s writing that file. Second best among the many portable SSDs that we have tested. 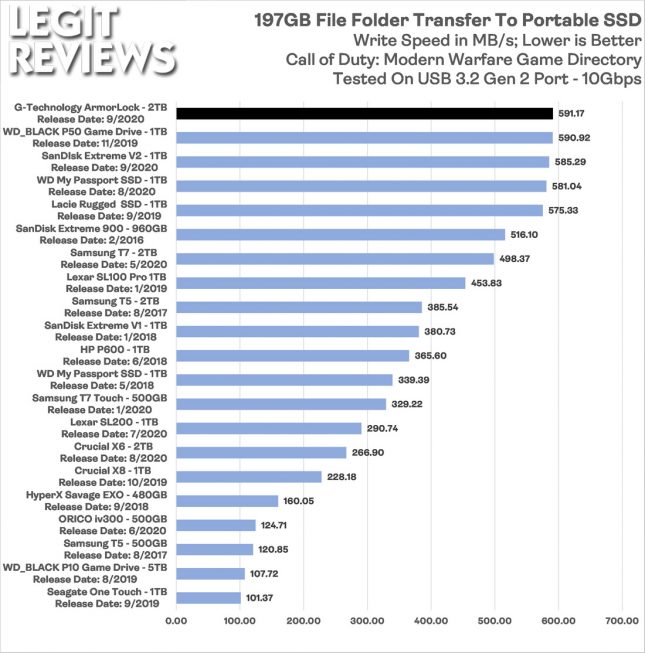 Our hardest test is to copy the entire the Call of Duty: Modern Warfare game directory and then move it to the portable SSD. This file is just shy of 200GB in size and really hammers the portable SSD being tested as it is one long sustained write operation. The ArmorLock 1TB drive finished this test at 597.17 MB/s and that is the best time that we have ever seen from a 10 Gbps device and interface. 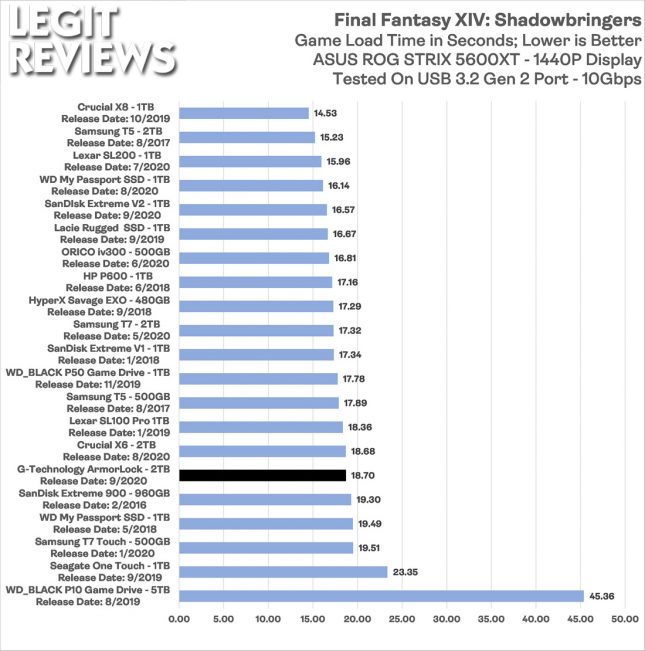 Benchmark Results: Game load times are very important for some users as many gamers use portable SSDs to expand their game storage space. The ArmorLock doesn’t claim to be a game drive, so when it finished with a score of 18.70 seconds for load times we weren’t too shocked.