G.Skill hasn’t been the most active in terms out putting out SSDs but sometimes slow and steady wins the race. Their latest is the Phoenix Pro line sporting capacities ranging from 40GB all the way up to 240GB. We had the pleasure of test driving the 120GB model to see how it compared to its peers in the marketplace. 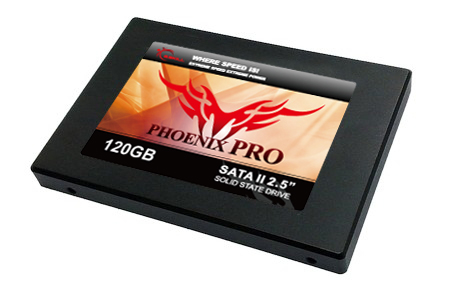 Featuring the much lauded SandForce SF-1200 controller, at $249 for the 120GB model, they aren’t what would be considered a “value” priced drive. Then again, as you’ll see, the benchmarks numbers don’t reflect value level performance either. If you’ve done some reading on SandForce-based drives, you already know that they are some of the best performing drives available and we expect the Phoenix Pro to be no different. 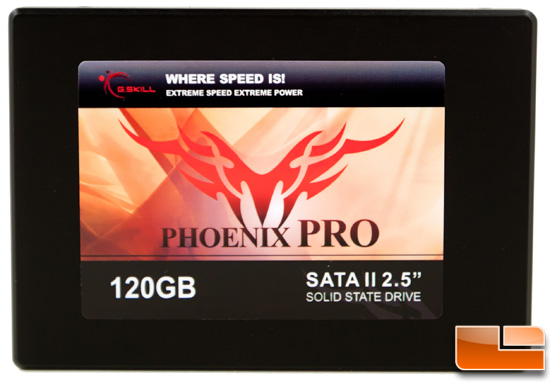 The packaging was very nice with the drive packed in the usual anti-static bag, tucked snugly into a foam pocket and covered by the 3.5″ to 2.5″ adapter plate which slides neatly into the slots on either side of the drive. Not much chance of damage during transit here – especially as tough as SSDs are. Also included is a user guide that lists the specifications, warranty information and installation instructions which can largely be ignored by all but the most noob of users. One noteworthy item is that the guide in our review sample lists the warranty as a 2 year, but G.Skill recently upped that to 3 years. The retail boxed versions may or may not have this correct so I thought it relevant to point out.

Nothing remarkable about the outside of the drive. It features the typical SATA power connector and a SATA II data connector. Both sides have stickers featuring G.Skill branding, artwork and the ever present part and serial number information. I think this is the first drive I’ve seen that actually lists the read/write ratings on the drive itself. 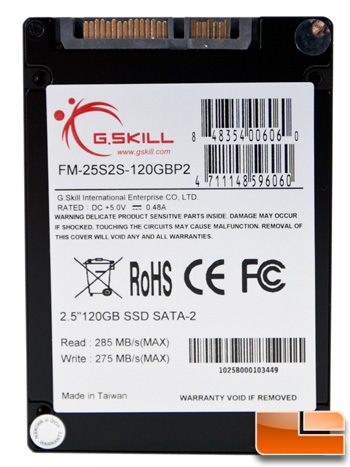 Against the advice of the legalese sticker warning us of delicate parts and the voiding of warranties, we cracked open the case to have a look inside for your viewing pleasure. Click on over to page 2 to have a gander.