The full conversion includes modifying the ECU that controls the engine and adding new turbochargers along with a sports exhaust system. The changes result in 720 horsepower and 1020 Nm of torque. The big luxury car can reach 100 km/h in 4.4 seconds. 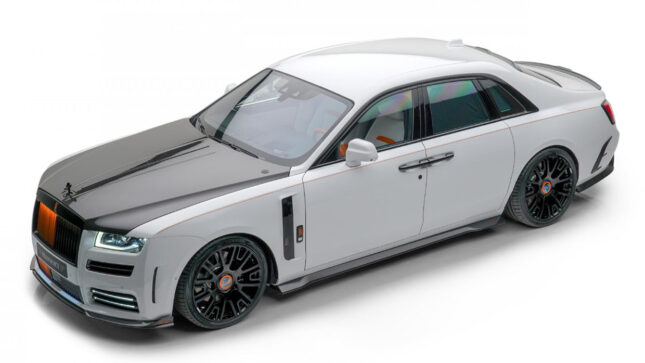 As with most Mansory builds, lots of effort was put into styling the interior and exterior of the vehicle. The car gets lots of carbon fiber components, including a full carbon fiber hood with visible weave, carbon fiber front splitter, carbon fiber side splitters, and a carbon fiber spoiler on the trunk lid and roof.

Some carbon fiber was also added under the hood. The interior was covered completely in white leather with Mandarin accents. Lots of LED lighting was added to the vehicle’s interior, and a “Cool Bag” adapted to the interior designed holding 14 leaders is available on request. Pricing is a mystery.