Fortnite fans have a new patch that brings fresh content they can enjoy with the annual Fortnitemares event underway. The event is different this year than in past years. Rather than fighting zombie-like creatures, Shadows have appeared. Shadows are undead spooks fighting for Midas as he seeks revenge.

The event is called Midas’ Revenge and brings new challenges, free rewards, and a spooky overhaul to the game. Map changes are also included with The Authority change to The Ruins with a new version of Midas and Ghost Henchmen. The map is covered in fog and is much darker than normal, making it hard to see players and enemies. 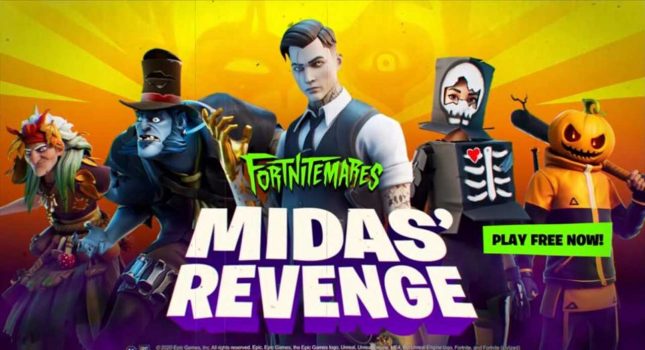 The map is scattered with Halloween decorations, including giant spiders, jack-o’-lanterns, and more. Candy is also available everywhere, and Witch Shacks can be found scattered around the map.

The real treats the players want will include a bunch of new skins and updated skin styles for skins players may already own. Many Fortnite fans look forward to Fortnite’s holiday-themed content more than anything else in the game during the year.