One of the best classic Disney movies from the 80s was the original Tron. A second movie in the franchise was made decades later, and while it wasn’t as good, it was nice to get back into the Tron world. Fans of the franchise might not know that a third movie is in the works, and the popular game Fortnite has a new Tron crossover.

Players will be able to grab a Light Suit and gear up as a Grid Warrior on the Fortnite island. The cross oversees a new “End of Line” collection available in the item shop. There are a variety of items players can choose from based on the Tron world. 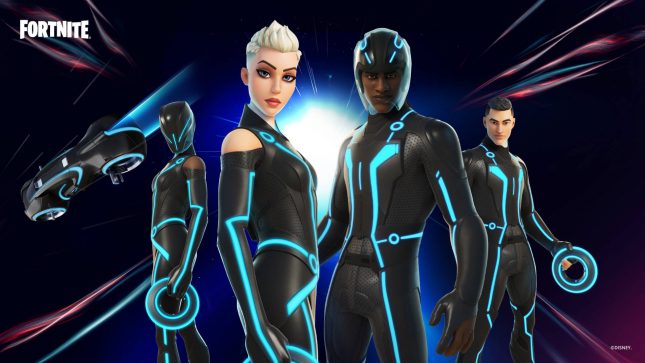 Multiple looks, including Cypher, Firewall, Proxy, Datapath, Packet, Bitstream, Commandline, Upload, Io, and Bandwidth are available. Each includes a removable helmet. The collection also includes links to some of the most iconic locations in the Tron movie franchise.

Those tie-ins include iconic gaming arenas and a Light Cycle rideable glider. And Identity Disc Pickax is available along with a special Back Bling.