Gamers all around the world want to get in on the streaming action, and Epic Games has made streaming its popular game Fortnite even easier. Epic has updated various platforms with integration for the social video out Houseparty. The app’s video chatting capability allows users to stream their gameplay to friends.

Friends will be able to view your streams through the user’s mobile phone camera and the active feed of the user’s Fortnite game. It’s sort of like twitch streaming but more accessible and integrated directly into the game. Currently, Epic supports streaming from the PlayStation 4, PlayStation 5, and PC. 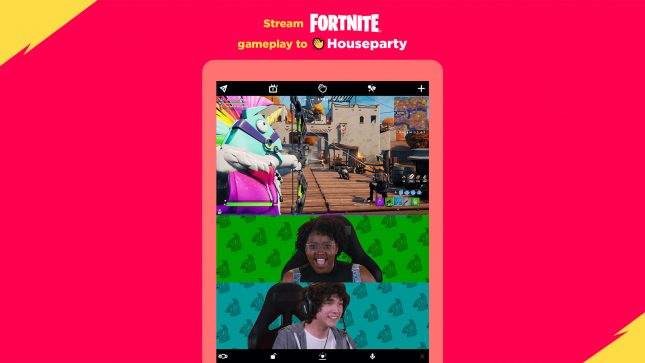 Epic does appear to have plans to bring the streaming capability to Xbox consoles saying it will let everyone know if it can support more platforms in the future. Houseparty is owned by Epic Games and was originally meant to stream group video chatting. Epic purchased it in 2019.

Not long after purchase, Epic begin using Houseparty to improve cross-platform audio chat in Fortnite. More details about Fortnite and Houseparty can be seen here.