Epic Games and Hasbro teamed up for toys based on hit video game properties like Fortnite not long ago. Starting next year, the FN SCAR weapon from Fortnite will come to the real world in the form of a Nerf dart shooter.

The shooter is called the AR-L Blaster and it will hit shelves on June 1, 2019 for $49.99. The Nerf gun will support rapid firing with motorized action and flip-up sights. The Nerf weapon also looks a lot like the real-world FN SCAR assault rifle reports The Verge. 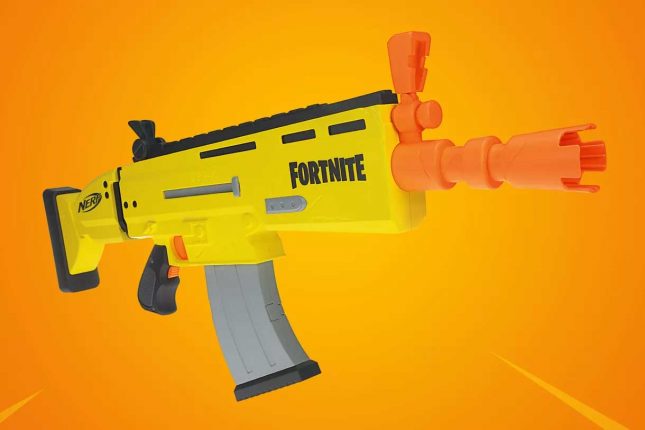 This is the first Nerf weapon to look like a real weapon that is used by military forces. $50 might seem steep for a Nerf dart bun, but for Fortnite fans or fans of real-world assault rifles, this might be the ticket.

Nerf previously teamed up with Blizzard to make a Nerf blaster that looks like D.Va’s weapon from Overwatch. That blaster looked nothing like a real-world rifle.