Fortnite gamers are a vocal bunch when they don’t like something about the game. Recently, developers added a new skin to Fortnite that players say is a pay-to-win scheme, and they are calling for it to be removed or nerfed. The skin in question allows players to customize their look extensively.

The skin allows players to create their own designs and color schemes. Players have discovered if they create an all-black skin, they can hide in dark corners virtually unseen. The image below comes from Reddit. The red circle highlights a player using the skin hiding, and you can’t see the player at all. 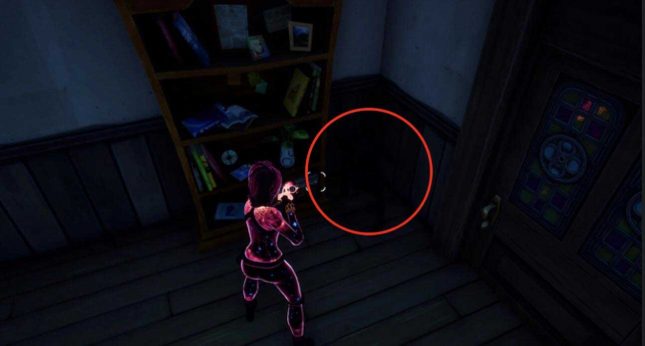 Some players believe they should at least give the skin a white outline that would make the players visible in dark corners. Epic Games hasn’t said anything about removing or adjusting the skin at this time.

However, Epic has, in the past, adjusted skins that were seen as a competitive advantage using a patch. The assumption is the skin will be removed or more likely modified in a future patch.