Fortnite is the most popular video game in the battle royale genre right now and Android gamers have been looking forward to getting the mobile version on their smartphones. Rumors continue to suggest that the game will be a Galaxy Note 9 exclusive for 30 days before rolling out to other devices. That exclusive period isn’t confirmed yet, but we do now know what minimum specs your Android device will need to support Fortnite for Android.

These details come from a data-mine courtesy of the folks over at XDA Developers reports Android Pit. The minimum requirements include Android 5.0 or higher 64-bit OS, 3GB of free storage space, 3GB of RAM, and an Adreno 530 or better, Mali-G71 MP20, Mali-G72 MP12 or better. With those specs known more devices than what were announced as compatible before will run the game. 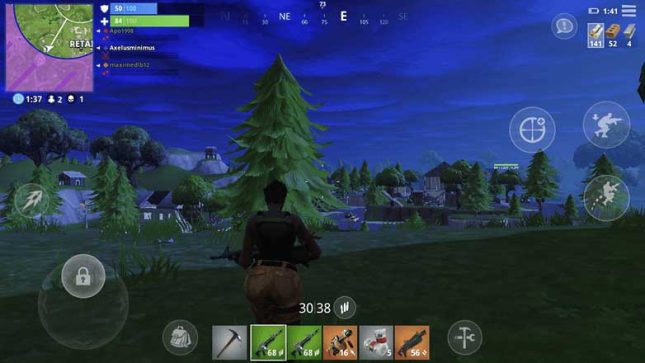 That should mean devices like the Galaxy S7, Google Pixel, and OnePlus 3T can get in on the mobile Fortnite action. Basically, any Snapdragon 820 device and Exynos 8895 or better smartphone. However, these min specs seem to indicate that some of the devices listed as supported by Epic might not actually work.