Automakers around the world are being pushed to develop better and better electric vehicles to appeal to consumers who largely aren’t yet ready to switch. One of the bottlenecks today is charge speed, but researchers at Ford and Purdue University may have a solution for that. Researchers are working on a new liquid-cooled charging cable that can carry a significantly higher current.

The charge cable would work in conjunction with the new charging technology that is currently in development. The challenge with charging at higher rates today is that as more electricity is pushed through the cable, the cable heats up, and more heat needs to be removed. 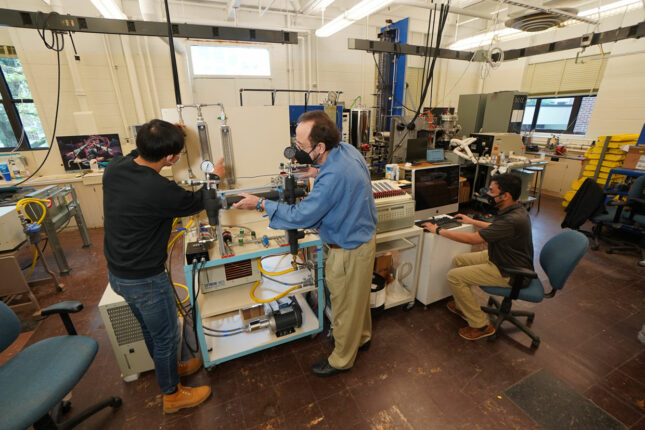 New liquid-cooled cable would use a cooling liquid inside that would change phases from liquid to vapor to keep cool. The team believes the new charging cable and charge technology could mean significantly faster charging, about as fast as you can fill up the gas tank.

That would be a massive improvement because some electric vehicles today need hours to charge completely. Being able to charge batteries fully in minutes would take some of the pressure off ever-increasing driving ranges for electric vehicles.