One of the details is that it will run on a specially prepared version of the Coyote-based 5.0-liter V-8 engine that powers the current Mustang GT road car. Ford Performance has confirmed that it’s developing the new Mustang GT3 with Multimatic. 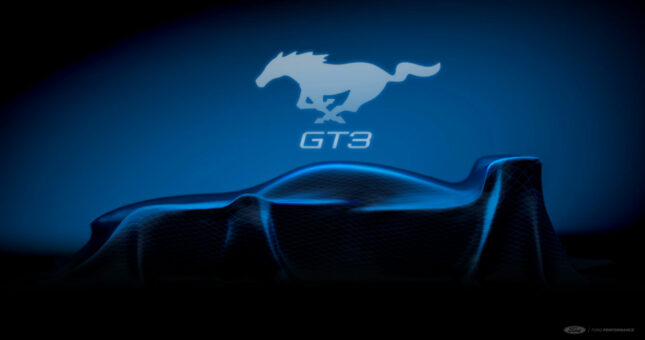 Multimatic will also be the company that manages the two-car racing team. Other tidbits that Ford Performance has shared so far include that the racecar will have a Short-Long Arm suspension in the front and rear.

Ford is also using a rear-mounted transaxle gearbox, carbon fiber body panels, and an aerodynamic package that meets GT3 rules. In addition to factory-backed racing, the Mustang GT3 will also be available for customer race teams to purchase.