Ford F-150 Lightning Has The Largest Frunk in The Industry

Ford says it’s sized to fit two golf bags under the hood and utilizes an asymmetrical design. The frunk also has drains allowing it to be hosed out if it needs cleaned or used as a cooler for parties. In addition, fleet owners say the frunk can be used to haul additional materials to a job site or store tools out of criminals’ reach. 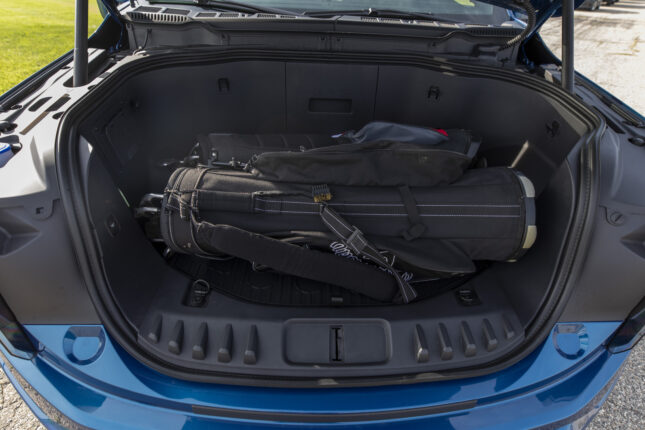 The frunk also has lights and power outlets under the hood, where the combustion engine would normally sit. Initially, the first prototype of the frunk was a simple and basic model made using cardboard and hot glue.

Under the hood inside the frunk are four electrical outlets and a pair of USB chargers. The outlets have 2.4 kilowatts of available power allowing them to run power tools, laptops, TVs, and more.