Ford hasn’t made it a secret that it’s working on a fully electric version of its F-150 pickup. Recently, there were rumors floating around that the automaker might be attaching the Lightning name to the electric F-150, and Ford has now confirmed that is the case. There will certainly be F-150 enthusiasts that remember the Lightning performance truck that won’t appreciate Ford’s name choice.

This will mark the second time Ford has used one of its iconic names for an electric vehicle, with the Mustang Mach-E being the first and angering legions of Mustang fans. Ford has confirmed the reveal of the F-150 Lightning will be conducted on May 19 at Ford World Headquarters in Dearborn and will be live-streamed. 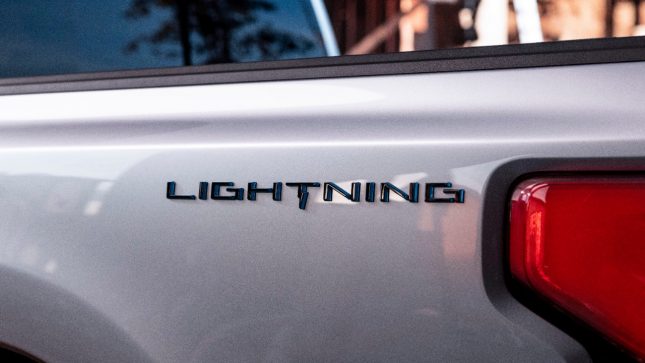 The automaker promises the Lightning will bring “stunning innovation, technologies and capabilities to the F-Series, America’s best-selling vehicle, combined with the power, payload and towing capability that is the hallmark of all Built Ford Tough trucks.” The reveal is scheduled for 9:30 PM EDT on May 19. It can be watched via the Ford Facebook page or YouTube channel.

The reveal also be available to view on Twitter and via other methods with a total of 30 different ways to watch. Ford will begin production of the F-150 Lightning next spring at the all-new Ford Rogue Electric Vehicle Center.