Hennessey is a company that some may not be familiar with. It’s mostly known for taking vehicles like the Ford Mustang, Raptor, and other automotive brands and making them faster and better looking. The first car that the company is building on its own is the Venom F5. To call the Venom F5 hypercar is nearly an understatement.

It uses a 6.6-liter twin-turbo V-8 engine called Fury that will produce over 1800 horsepower in its final form. Hennessey says in its recently completed aerodynamic testing, the car was limited to a “mere” 900 horsepower. Despite only having half its power, the car was still able to reach over 200 mph during testing. 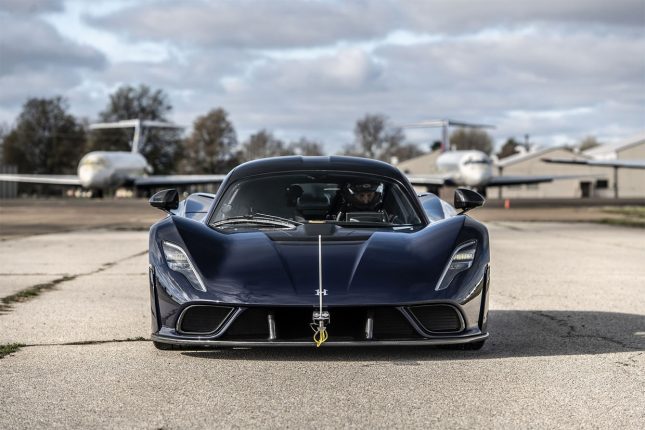 200 mph is hardly slow, but Hennessey considers that its mid-speed refinement program. The company has been conducting real-world aerodynamic testing on its own test track and on a former Air Force runway in Arkansas. The second stage of testing will see the vehicle move into dynamic driving tests on the track and the highway.

The goal of Hennessey is to produce an all-around hypercar that can support incredible speeds and performance while being used on the roads as you would a Toyota Camry. The official global reveal of the Venom F5 is set for May 22-23 at the Amelia Island Concours d’Elegance. Check out the video above to see the car in testing.