Legit Reviews managed to get our hands on an early sample of the upcoming ASUS ROG USB 3.2 Gen 2×2 (SuperSpeed USB 20Gbps) enclosure. The ASUS U32 20G enclosure will probably be around $40 or less and boasts theoretical maximum data transfer rates of up to 20 Gbps or 2.5 GB/s. 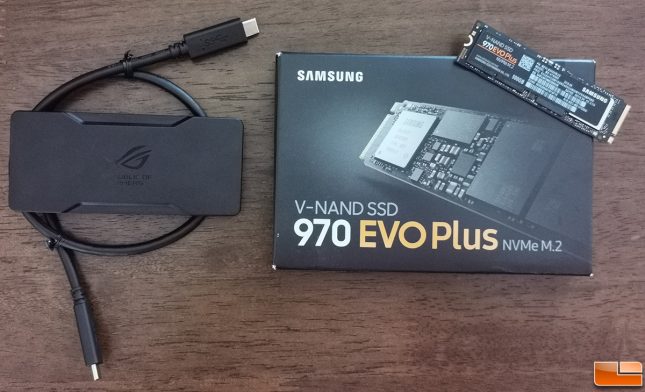 Motherboards and storage devices supporting SuperSpeed USB 20Gbps ports are just now coming to market. You won’t find  SuperSpeed USB 20Gbps ports on mainstream motherboards though as it is currently a feature found on high-end motherboards like the ASUS Prime X299 Edition 30 ($749.99 shipped) and the ASUS ROG Zenith II Extreme ($849.99 shipped). Eventually it will gain broader support when pricing comes down and we expect it to become a standard feature a few years down the road.

What is SuperSpeed USB 20Gbps?

Confused yet? The table below will likely help clear things up.

To test out a ASUS U32 20G enclosure we needed a platform that supports USB 3.2 Gen 2×2. For that we turned to the AMD TRX40 platform and to be specific the ASUS ROG Zenith II Extreme motherboard. 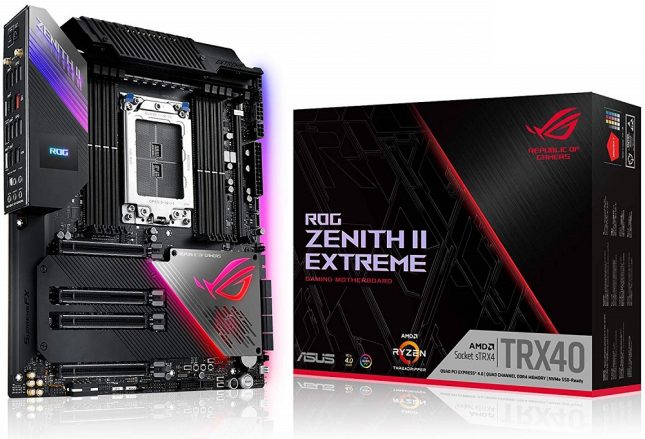 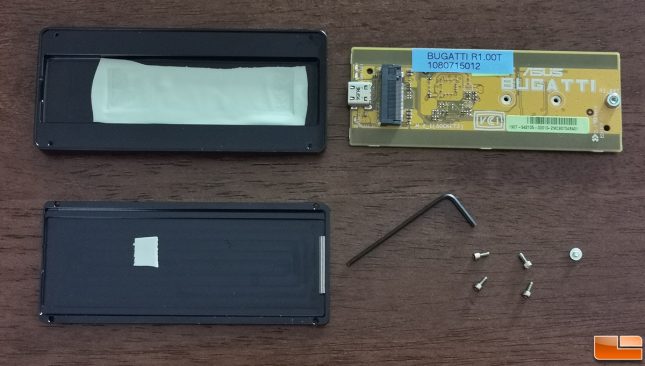 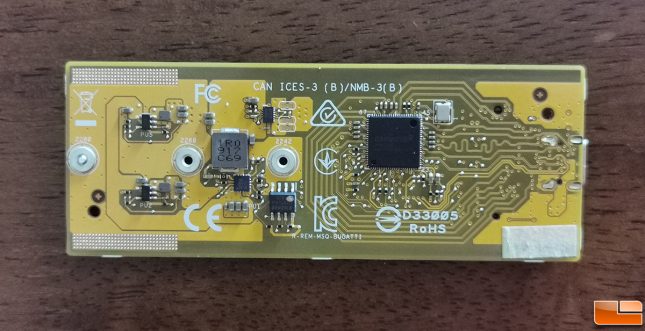 Inside the M.2 NVMe SSD enclosure you’ll find an ASMedia ASM2364 USB 3.2 2×2 to PCIe NVMe SSD bridge controller. ASUS is using a thermal pad to help dissipate heat from the M.2 NVMe drive used in the enclosure to the aluminum housing. There is also a small piece of thermal padding on the back of the drive that makes contact with the ASM2364 bridge controller. All ASMedia controllers are being used for the SuperSpeed USB 20Gbps test setup.

The first benchmark that used for performance testing is CrystalDiskMark 7.0.0 x64. We first tested the enclosure on a ‘normal’ SuperSpeed USB 10Gbps port and found that we were getting sequential numbers around 1033 MB/s read and 952 MB/s write. When we switched the ASUS U32 20G Enclosure over to the ‘new’ SuperSpeed USB 20Gbps port the sequential transfer speeds jumped up to 2086 MB/s read and 2126 MB/s write.

During or initial testing of the ASUS U32 20G Enclosure we encountered a number of system crashes with stop code: DPC_WATCHDOG_VIOLATION that only occurred when the enclosure was being used. We then noticed that there was a firmware update available for the Samsung SSD 970 EVO PLUS and we never experienced a BSOD again. This is a downside to building your own enclosure, but luckily a solution was available that fixed the issue we were encountering. 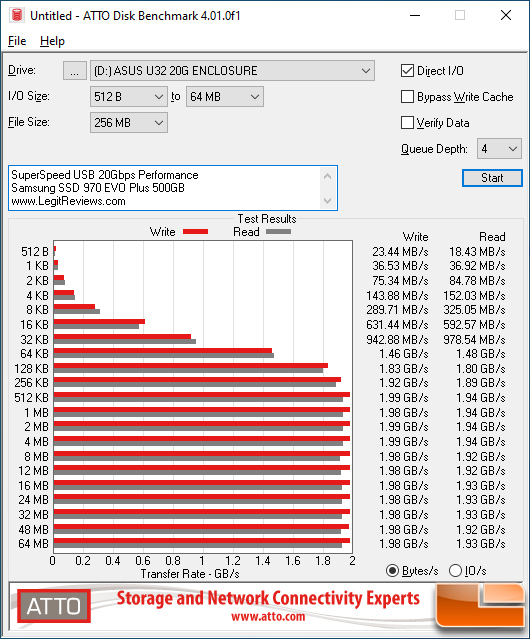 Next up we have ATTO Disk Benchmark 4.01.0f1 and at the default settings (QD4) we were hitting sequential transfer speeds of up to 1.94 GB/s read and 1.99 GB/s write. Impressive speeds for a portable SSD enclosure! 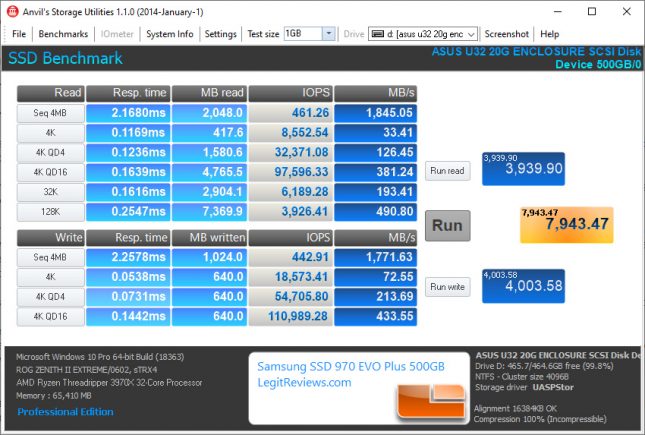 Things also look amazing on Anvil’s Storage Utilities where we got an overall score of 7,943.47 from this SSD Enclosure. Sequential performance is the most important number to look at on external drives, but look at the Random 4K QD 16 results of almost 100,000 IOPS read and 111,000 IOPS write! 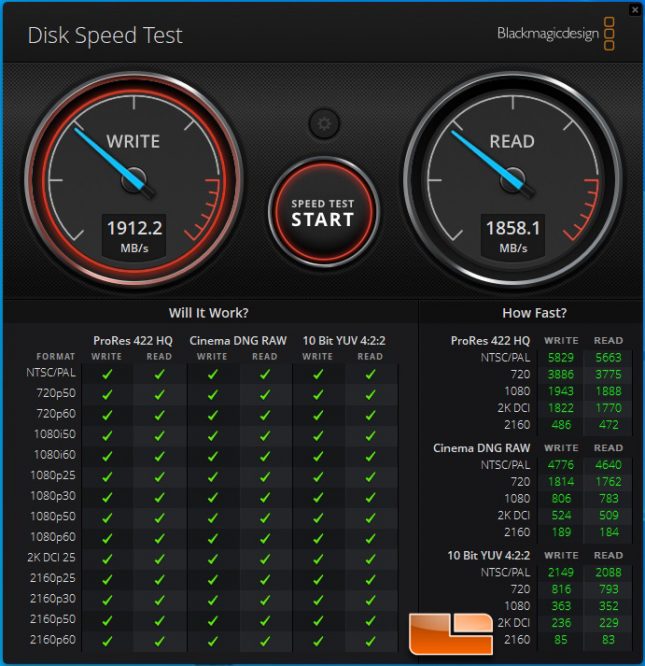 Portable SSDs can be used as scratch disks or by content creators to quickly move around their workloads. We ran Blackmagic Design’s Disk Speed Test and saw that we were getting around 1900 MB/s speeds on this enclosure over the SuperSpeed USB 20Gbps interface. According to the Will It Work? panel it looks like we passed all the tests.  This shows a list of common video formats, ranging from simple PAL/ NTSC on up to 4K formats will work. Under the How Fast? results you’ll see the estimated number of write and read frame rates our test enclosure can support for each of the formats. 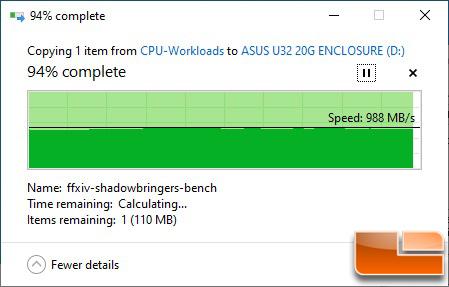 The last and final test that we wanted to show you is a simple drag and drop test. We moved over a couple files from the NVMe drive on the system to the ASUS enclosure and it showed that we were pegged at 988 MB/s for the file transfer. 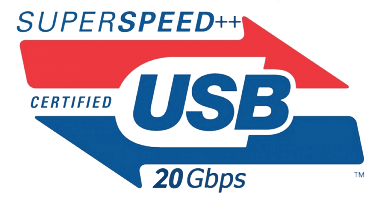 ASUS expects the U32 20G Enclosure to be around $40 when it is made available to the consumer market in the weeks ahead. We tested it with the Samsung SSD 970 EVO Plus 500GB drive that retails for $99.99 shipped and is capable of reaching speeds of up to 3500 MB/s read and 3300 MB/s write when used on the PCIe Gen 3.0 x4 interface. In this enclosure we were hitting sequential read/write speeds of about 2100 MB/s and we are very happy with that.

If you are wanting even faster speeds we have good news for you. The latest standard announcement from USB-IF back in March 2019 was that the USB4 specification had been ratified. USB-IF is sticking with the tradition of doubling throughput with every USB generation, so USB4 will support speeds of up to 40 Gbps. That matches the speed of Thunderbolt 3.0! It took about two years for the SuperSpeed USB 20Gbps specification to be seen in consumer products, so expect to see that around 2021. 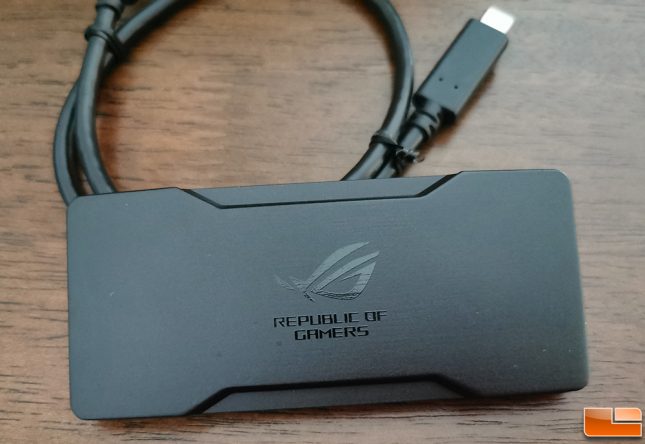 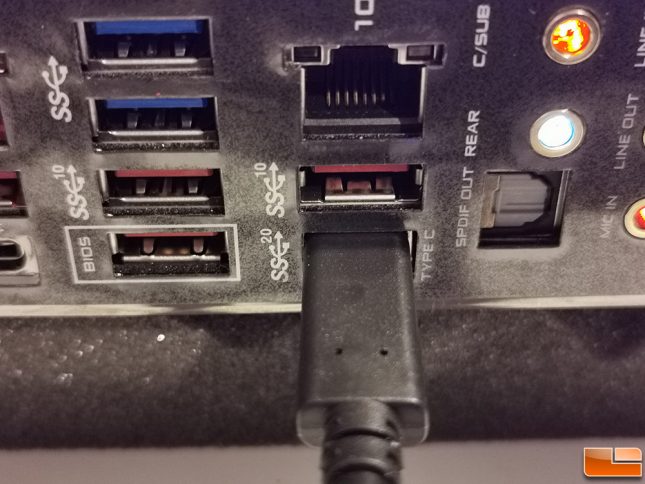