While most of the FF 91 electric crossover details have been revealed over the last several months, Faraday Future has finally confirmed when the final outstanding pieces of information about the car. The company has confirmed that the FF 91 will launch in 2022. No exact date has been given.

The company has also begun accepting reservations for two versions of the vehicle. The FF 91 Futurist Alliance Edition is the top-of-the-line model of the vehicle and sells for about $180,000. The catch for this vehicle is that only 300 will be made, and to reserve one requires an invite from the company. 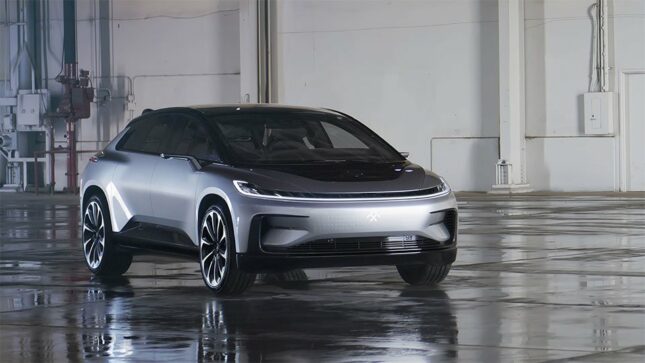 The invite to reserve one of those vehicles acquires a deposit of $5000. Making the purchase also gives the user a membership in the Futurist Alliance and a Spire Club membership giving next-generation product upgrade privileges.

The FF 91 Futurist version is open to reservation by anyone for $1500. Faraday Future says it has received 14,000 reservations so far. However, it hasn’t said how many reservations for each version have been made.