Gamers who buy the PS4 version will also get a version that will run on the PlayStation 5. The main bad guy will be a recognizable character for fans of Breaking Bad – Giancarlo Esposito. The game will have players taking the shoes of Dani Rojas, who is fighting in a war against a tyrant named Anton Castillo, played by Esposito. 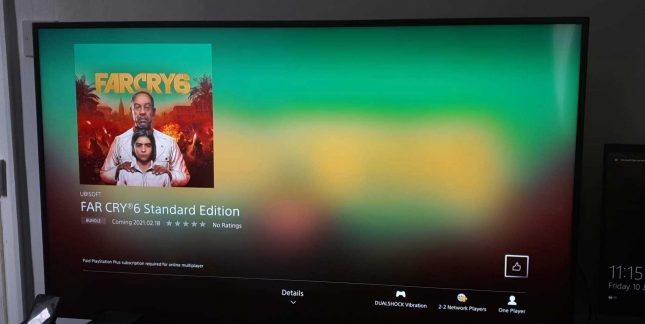 The game is set in a fictional country called Yara, which is a “tropical paradise frozen in time.” Yara promised to be Far Cry’s biggest world ever with jungles, beaches, and a metropolitan capital called Esperanza. The video game description also talked about players being able to use guerrilla tactics, including makeshift weapons and vehicles.

The game also has an Amigos mode where players can recruit animals for help. The assumption is that Ubisoft is going to officially announce Far Cry 6 at the Ubisoft Forward event on Sunday reports VG247.