Legit Reviews News Fallout 4 VR is Still in the Pipeline, Get Your Caps Ready

Fallout 4 VR is Still in the Pipeline, Get Your Caps Ready

Fans of Fallout 4 aching for the next title in the franchise may be thrilled to hear about what Bethesda is working on. Thrilled assuming you like VR and that ache isn’t for Fallout 5. Bethesda announced back at E3 2016 that it was working on porting Fallout 4 for VR platforms like the HTC Vive and the coming Xbox Project Scorpio console.

Since that announcement there has been no new details and fans of VR might be wondering exactly what the deal is. Bethesda Executive Producer Todd Howard has stated recently that Fallout 4 VR is one of the seven major projects that the studio is working on currently. The VR flavor of Fallout 4 is going well according to Howard and he stated that the game would be playable start to finish in VR. 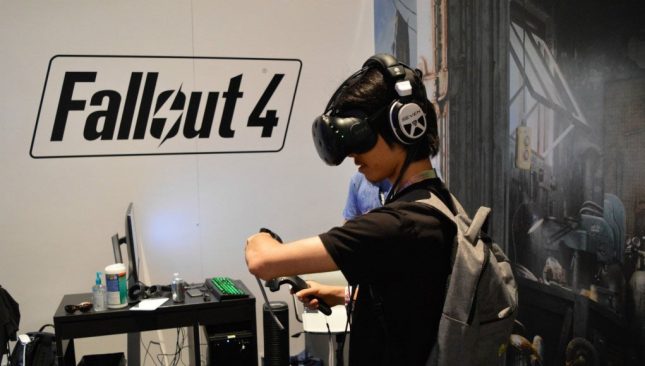 In an interview with IGN, Howard said, “There’s no content that we removed or changed [for VR]. It’s interface work, it’s other things.”

Howard had said of the game back when it was unveiled, “The interface is already on your wrist [with the Pip-Boy], you can pull it up and switch around, playing with the weapons. It’s exciting for us where even though we’ve lived in the game, to step it into VR it becomes real on another level.”

As fun as Fallout 4 was, having the game in VR sounds very cool. VR needs a big title to draw more players to the platform and perhaps Fallout 4 is it. Bethesda had also stated in the past that it was also working on a VR port of Doom. There have been no updates on the VR version of Doom. We still don’t know what the launch timeframe for Fallout 4 VR is, but we are glad to hear the game is still coming.