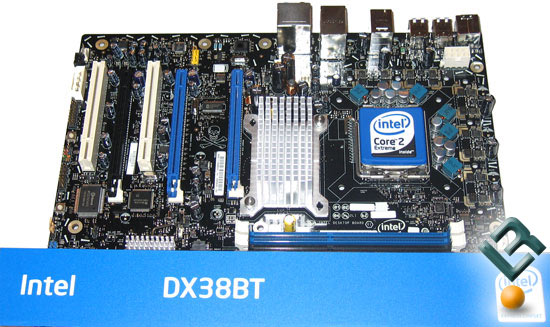 When I was attending Computex back in June of this year over in Taiwan I was able to snap a picture of the upcoming Intel enthusiast board known as the Intel DX38BT “Bonetrail” motherboard. This board will be replacing the Intel D975XBX2 “Bad Axe 2” motherboard as the enthusiast platform by Intel. The board was missing the MOSFET cooling back in June, but now the heat sinks are installed and a few other differences can be noted as the board revision has changed a number of times over the past few months.  The current revision of the board in September is pictured below. 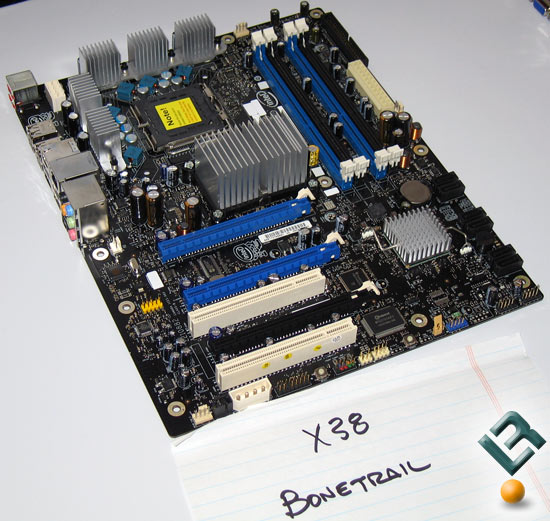 For those of you that are not sure what you are looking at by just looking at the pictures here is a breakdown on what the board has to offer (Slightly Updated Version of FreeCableGuy’s Specs): 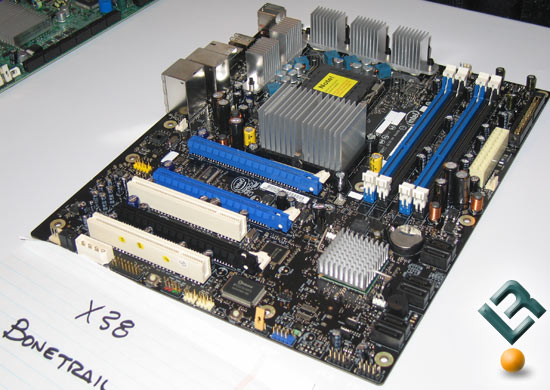 Intel expects to ship the first X38 boards on October 10, so if you’ve been waiting for one of these board to come out to replace you Intel D975XBX or D975XBX2 Bad Axe series motherboards you’ll have to wait just a few more weeks!

One of the other changes between the Intel DX38BT from June and the one from September is that the Intel legal depart changed the logo of the Intel DX38BT BoneTrail as it was deemed not the right direction for the company. If you look at the above left image you will notice that the board originally had skull and crossbones, which might have looked too much like standard toxic symbol even though the board and upcoming 45nm processors are totally lead free. Current 65nm Intel processors have lead in the C4 bumps, so the Intel 45nm processors will be the first lead free processors from both AMD and Intel.  The new logo is a high tech looking skull with of course, the latest Intel logo inside.