Intel is expected to launch the Extreme Edition of their upcoming quad-core Kentsfield processor known as the Core 2 Extreme QX6700 later this year.  Walking around the Intel Developer Forum today it seems that quad-core processors are already released as dozens of them are sitting at idle tonight waiting for groves of people to come on the opening day of the show and give them a personal test drive. We couldn’t help but stop and look at these systems the night before the show and the Advanced Technology Zone (seen below) was full of Intel Core 2 Extreme QX6700 systems from power house companies like Dell, Voodoo, Hypersonic and many more. 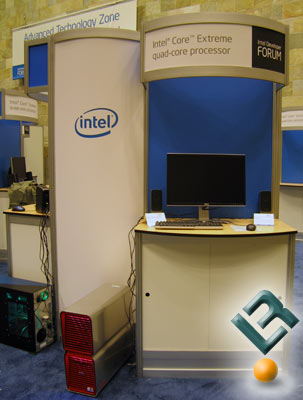 Looking from a far the system pictured above looks like nothing new, but once you get up close and personal you start to see things differently. 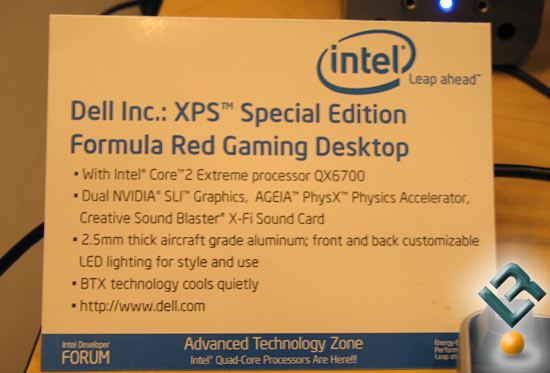 It seems that this Dell XPS gaming system is running the upcoming Intel Core 2 Extreme processor QX6700 loaded with enough gaming hardware to make even the most die hard gamers envious of this system sitting all alone at idle on the show floor.  Walking around the corner of the display we were able to catch a system that stands out even more and was up and running on the desktop.  The Voodoo system had a case window on it and we could see that it was running the upcoming Intel D975XBX2 ‘Bad Axe 2’ motherboard with a pair of ATI graphics cards and 4GB of Corsair XMS2 memory modules. 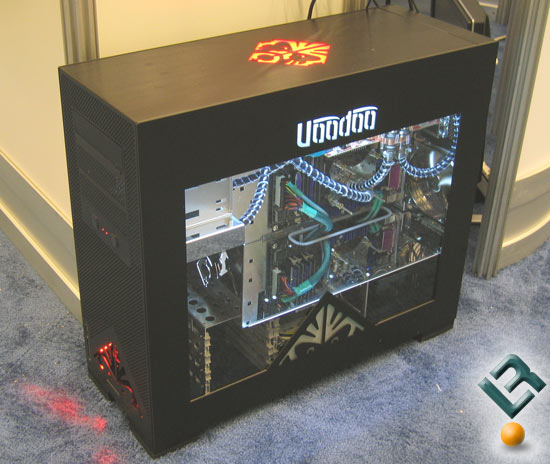 With the system properties up for the entire world to see on the desktop of the Voodoo system we couldn’t pass up the chance to snap a quick picture of the screen for our readers to check out. 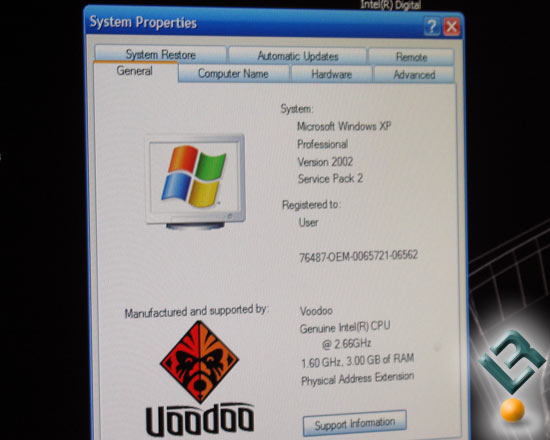 It doesn’t show much, but it does register the processor as a 2.66Ghz model, which holds true to the unconfirmed information on the internet about the Intel Core 2 Extreme processor QX6700 that this system is labeled as containing.