One of the most exclusive hypercars that Bugatti has ever built is the Centodieci. Bugatti will build only ten units with deliveries beginning next year. Ahead of official deliveries beginning, Bugatti sent a Centodieci and several other Bugatti models to undergo high-temperature testing in the desert in Arizona.

The testing was performed at the height of summer, and the Bugatti cars and engineers were subjected to temperatures exceeding 50 degrees Celsius. The Centodieci tested was a prototype. Joining the testing convoy were three Chiron Pur Sports and four Chiron Super Sports. 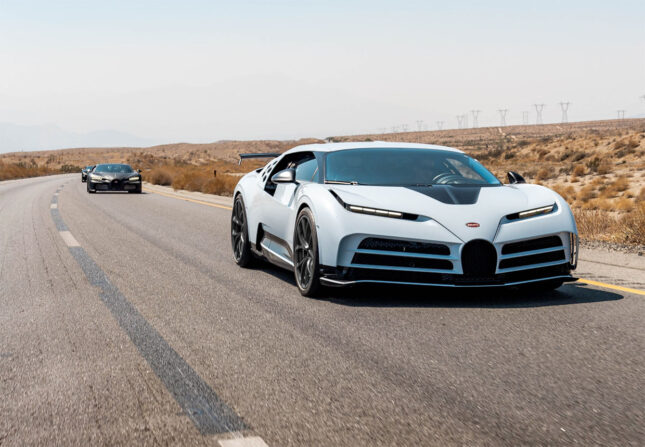 The test regime began in California, with the convoy driving 500 miles to Arizona. During testing, the cars were driven up to 198 mph on a close course, subjected to rough roads, low-speed start-stop traffic, and left running in the sun with the AC on high. All the cars passed testing with no trouble.

During hot-climate testing, we focus specifically on the chassis, engine, transmission, thermal management, and electrics as well as on the vehicle as a whole, reveals Pierre Rommelfanger, Head of Overall Vehicle Development at Bugatti.