Looking at GDDR6 vs GDDR5 on the Geforce GTX-16 Series

I haven’t looked at Ethereum Mining performance on desktop graphics cards in the better part of a year as the bubble burst and all the easy money appears to be gone. That doesn’t mean that mining is over as mining is a necessary component for the cryptocurrency industry. Bitcoin (BTC), Monero (XRM) and Ethereum (ETH) all rely on miners with the last two coins relying heavily on GPU mining. That was great news for gamers that wanted to make some extra money during the 2017-2018 boom and the GPU makers also cashed in on the boom as desktop graphics cards were selling as fast as they could make them. 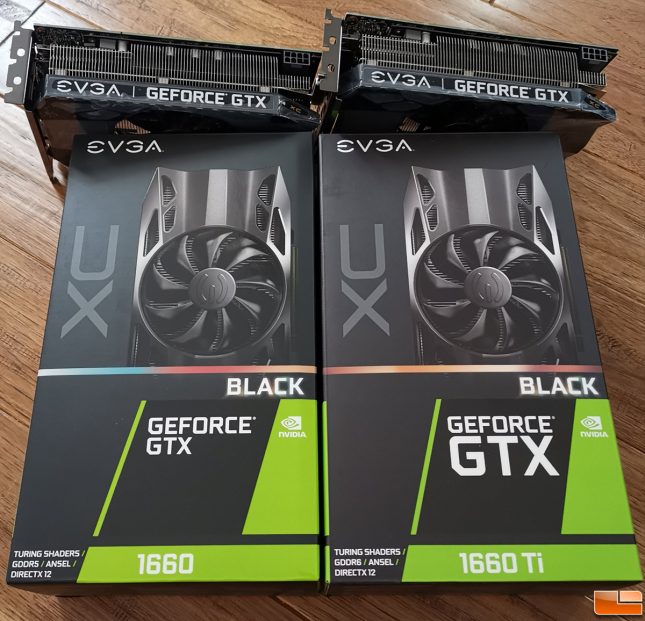 If GPU mining Ethereum ever became profitable again, I was curious which card offers the best bang for the buck? 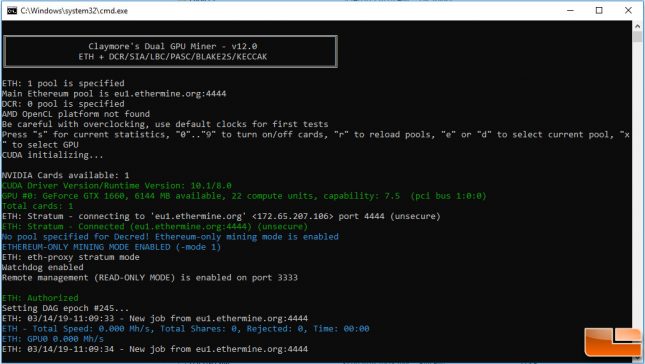 To answer this question I downloaded Claymore’s Dual GPU Miner v12.0 and tried out GPU mining for the very first time this year. When I did the testing the DAG Epoch was 245 (2.91GB) and the average difficulty of the Ethereum network was right around 1.85P. I used GeForce 419.35 WHQL graphics card drivers for testing. 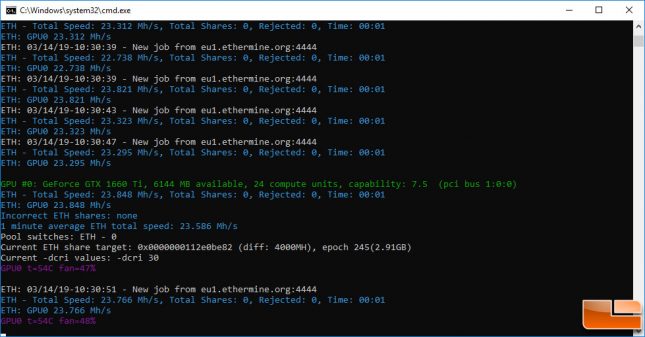 The first card that I tried mining some ETH on was the EVGA GeForce GTX 1660 Ti Black 6GB GDDR6 graphics card. At all stock settings this card managed to get around 23.6 Mh/s on average. 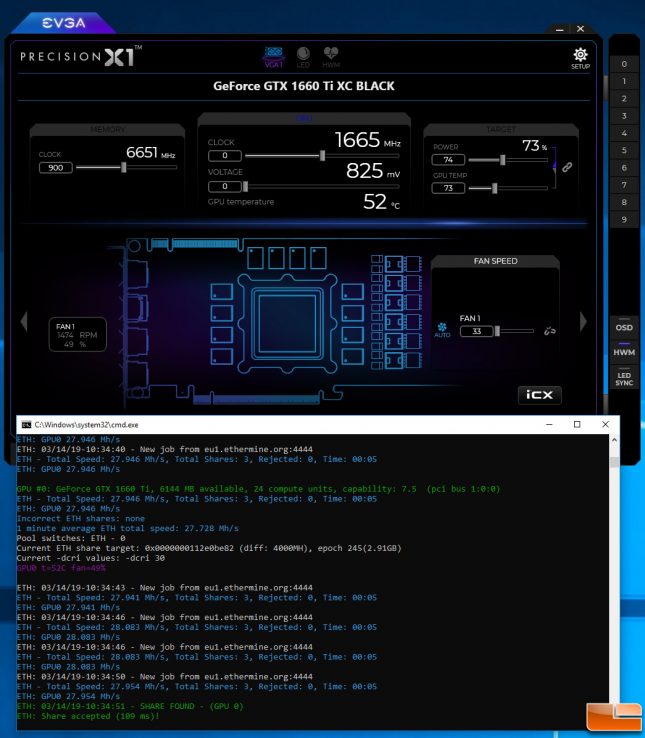 I then overclocked the GDDR6 memory up +900 MHz with EVGA Precision X1 software and lowered the power target to 74% to save on the power bill. This bumped up the hash rate to 27.7 Mh/s, which is a 17% improvement. I was able to get just over a 4Mh/s performance boost by increasing the clock frequency on the GDDR6 memory!

Our entire PC with the GeForce GTX 1660 Ti  was using 48.3 Watts at idle and running Claymore’s Dual GPU Miner v12.0 the power draw jumped up to 162 Watts. With the memory overclock and lowered power target the power draw was just 142 Watts while mining. Some very loose math shows that the card is using around 94 Watts of power to mine at almost 28 Mh/s, which is pretty solid. Unfortunately at current mining rates that means you are looking at about $0.13 in profit mining per day on each card with $0.10 $/kWh electric rates. 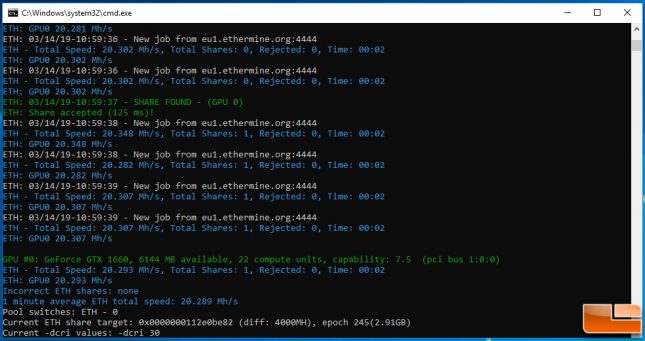 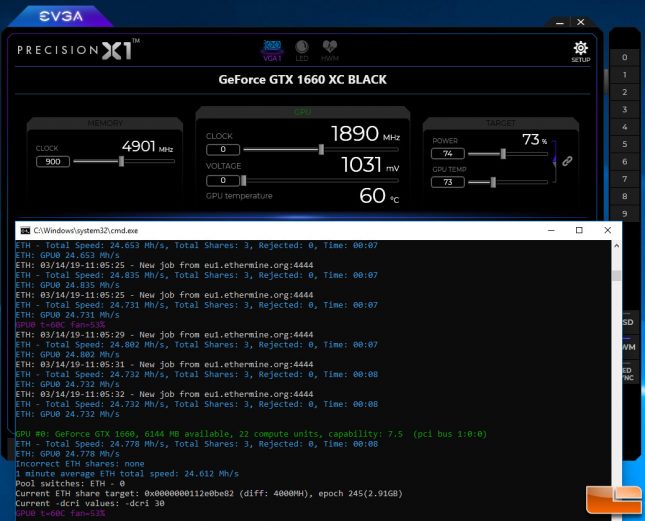 Overclocking the 6GB GDDR5 memory on this card eerily topped out at +900 MHz again and we were able to drop the power target down to 74% without impacting the ETH hashing power. This yielded a pretty impressive 24.6 Mh/s, but our power draw went up to 152 Watts despite lowering the power target. Something doesn’t seem to be working right on EVGA Prevision X1 when it comes to the power target of the GTX 1660 XC Black and that is plausible as this Precision X1 build was released before the GTX 1660 came to market.

TL;DR – ‘Too Long, Did Not Read’ Version 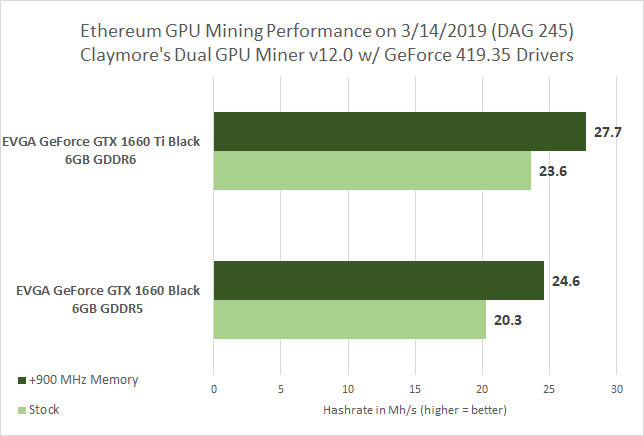 Manually overclocking the memory on each card was able to improve the mining hashrate to 24.6 Mh/s and 27.7 Mh/s, respectively. This puts this performance difference between the two graphics cards at less than 13%.