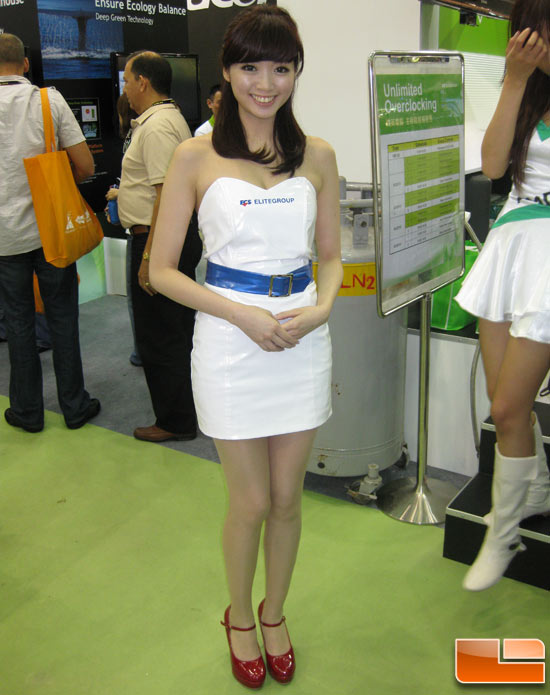 At Computex 2010 we managed to find ECS Elitegroups booth by keeping our eyes open and finding a booth babe to help guide us to our destination. 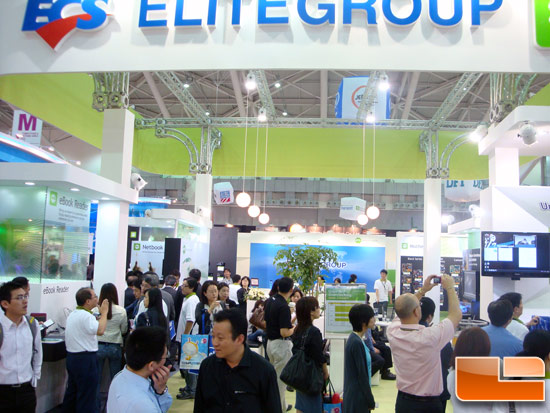 Once there we found that ECS was showing off everything from new tablets to 3D touch screen systems. It turns out that ECS has also updated their Black Edition motherboard series and now feature more of and black and gray motif. 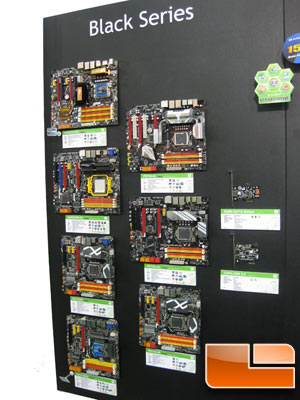 ECS was showing a number Sandy Bridge CPU ready motherboards at Computex under their popular Black Series of motherboards. Intel ‘Sandy Bridge’ is the code name for the companies upcoming mainstream 32nm processor that will be paired with new H67 and P67 chipset. Upcoming LGA 1155 Sandy Bridge processors are due next year, but with boards showing up this early it is a good sign that the processors are on track and might even show up early if needed. 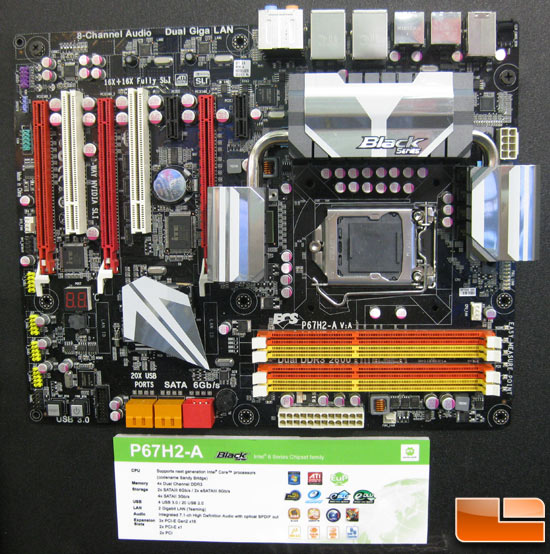 The flagship motherboard of the ECS P67 Black Series of motherboards will be the P67H2-A and it is the only board of the group that offers three PCIe Gen 2 x16 video card slots.  We noticed that the board was said to support ATI CrossFireX for multi-GPU configurations, but nothing was mentioned on NVIDIA SLI compatibility on the signage. If you look next to the middle PCIe x16 lane though it states that the board supports 3-way SLI. The board also supports dual-channel DDR3 2600MHz memory as it is silk screened onto the board between the memory slots. 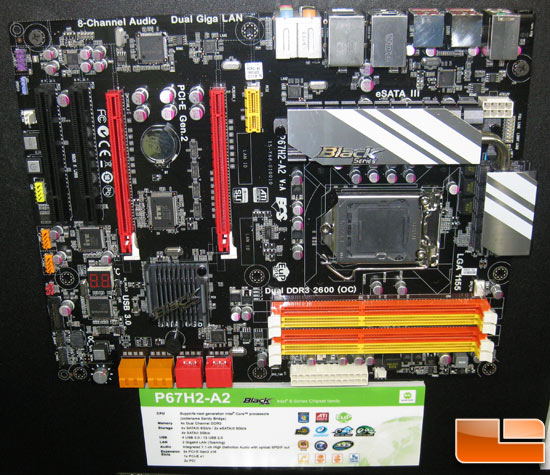 You would think that the next board down the product stack would just be missing a few features, but that isn’t what ECS has done as the PCB has a completely different layout. The P67H2-A looks to be ideal for multi-GPU users that want to run three video cards, but for all others that want to run just one or two video cards, the ECS P67H2-A2 looks to be a better mainstream board.  It features more internal SATA headers and some pretty slick features like an overclocking knob that is on the corner of the PCB that can be turned to any one of nine positions for easy overclocking. 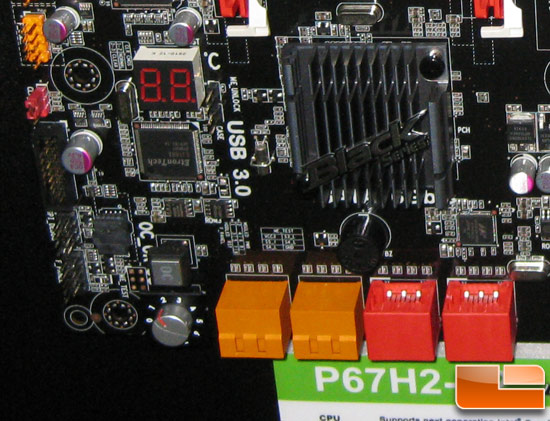 The overclocking dial is numbered zero to nine and we were told that each position represents an overclock of 5%.  This means that by just turning this knob it will overclock your processor by up to 45%! What settings the knob changes in the BIOS when turned remains to be seen as this was only a demo board and the launch is many months away. To the left of the OC button you can make out the CMOS chip, that can now be replaced easily should the chip ever fail.

The rear I/O panel on the ECS P67H2-A and P67H2-A2 motherboards are identical and feature clear CMOS buttons that making clearing the BIOS simple as you don’t have to open up your case if you can’t get it to post after a failed overclocking attempt. 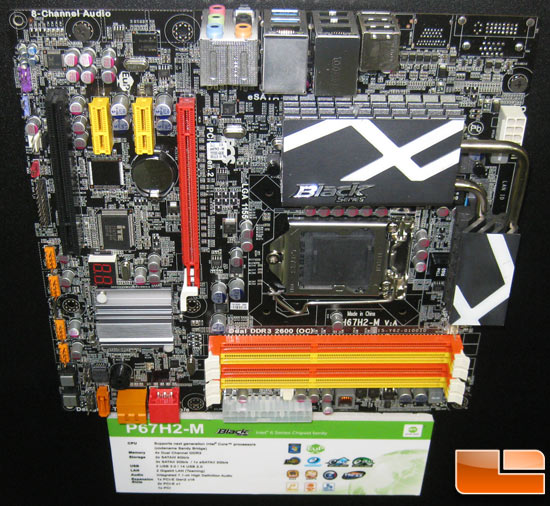 Last, but not least in the ECS P67 motherboard series is the Micro-ATX P67H2-M motherboard.  This board still manages to pack a ton of features on it, but is still a great choice for those that have no interest in ever running a multi-GPU system.  The P67H2-M has power and reset buttons on the board, but lacks the clear CMOS button on the rear I/O panel. All of the P67 based boards featured LCD post bug