Toshiba Comes Out Swinging with Qosmio 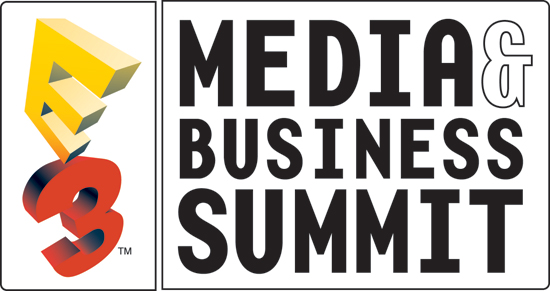 Legit Reviews continues coverage of the 2008 E3 Media & Business Summit from the Los Angeles Convention Center.  We started off the morning optimistic that we would see the next generation of games for console players and enthusiasts.  We were scheduled to talk to many of the big name hardware companies in attendance: Microsoft, Sony, and Toshiba to name a few.  As we noted in our Opening Day Coverage, we also wanted to talk to the larger software houses who where here to ask them what they thought was the future of gaming – especially for the PC enthusiast. 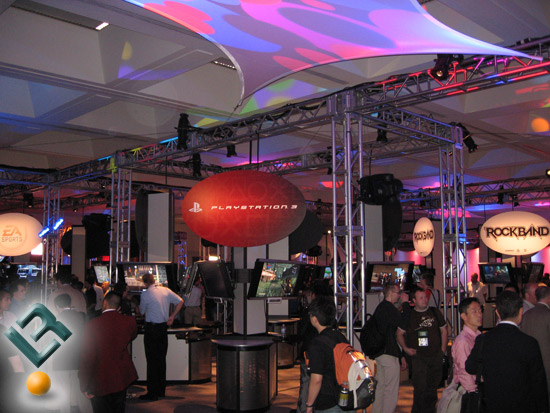 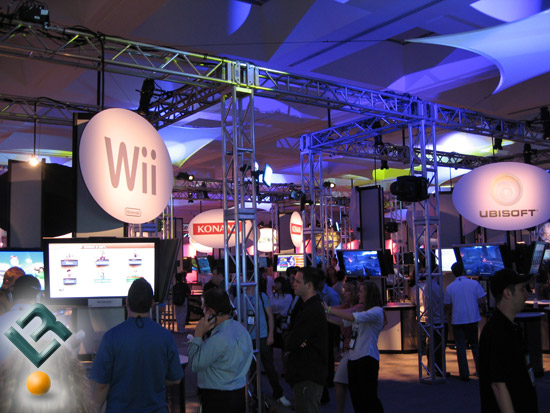 The morning got off especially good when we stopped by the Toshiba Booth and got a firsthand look at three monster machines that Toshiba has recently introduced: The Qosmio F55, G55, and X305.  Toshiba wants everyone to know that they don’t just build laptops for your corporate executive anymore.  With this new line of notebooks, they want to push the boundaries of what people expect from them and are squarely aiming at the enthusiast market with this new line of notebooks. 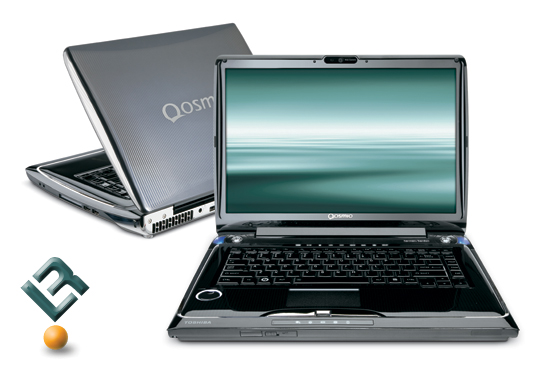 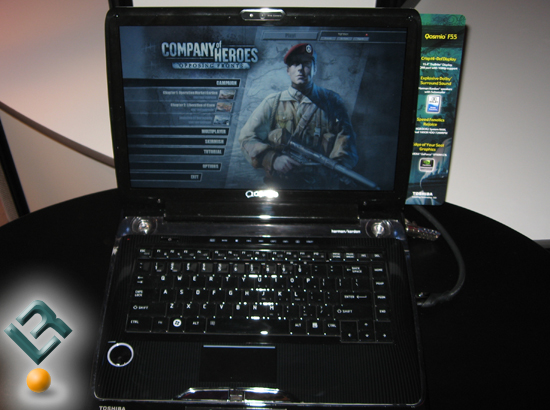 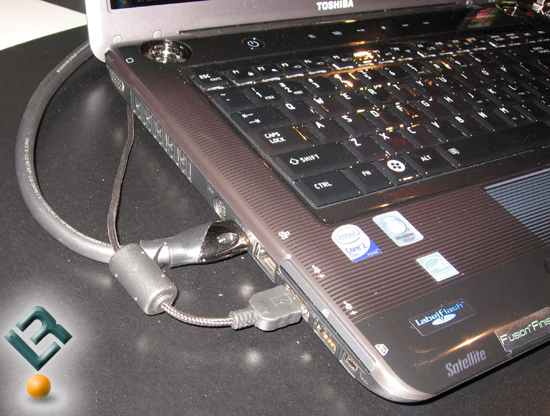 The Qosmio F55 which comes equipped with Intel’s Core 2 Duo T9400 running at 2.53GHz and 4MB of RAM features a 15.4-inch high resolution screen and built in GPS!  It has a funky finish to it that pictures just do not do justice to.  It’s called a “Fusion Finish” that has a sort of carbon fiber look to it with two Harmon Kardon speakers and a subwoofer built in for maximum aural pleasure. 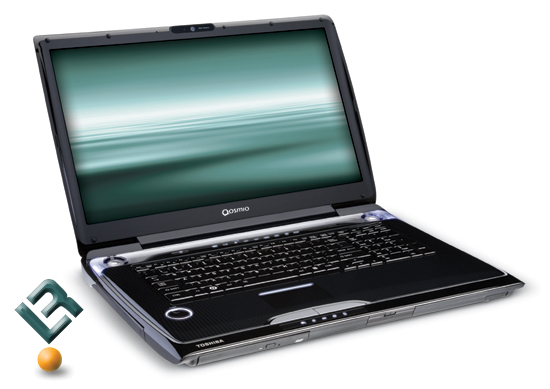 The Qosmio G55 features Intel’s P7350 processor that features Cell processor technology to deliver a high-definition multimedia experience for its users. With this horsepower, Toshiba gives its users the ability to control and manipulate content with speed while simultaneously being able to transcode and upconvert their DVD contents for 1080i output via the built in HDMI port.  The G55 has a monster 18.4” widescreen display and features Toshiba’s Gesture Control that allows users to control the play, pause, RR, and FF functions for CDs, DVDs, and PowerPoint slides.  We saw this demonstrated and it was really slick! 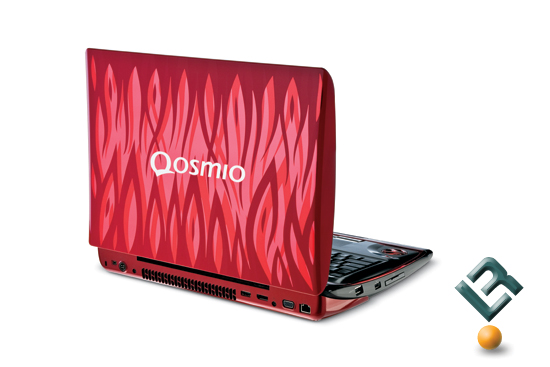 Finally, we took a closer look at the Toshiba Qosmio X305 that is now available exclusively at Best Buy.  With the “Firey Fusion” paint finish, we could spot the X305 from halfway across the convention floor!  The X305 is powered by Intel’s P7350 Core 2 Duo running at 2.0 GHz and features a 17.1” screen. The machine comes configured with an NVIDIA GeForce 9700M GTS GPU and will output 1080p via the HDMI video port.  Priced at $1550 at Best Buy, this puts a very solid machine in the hands of enthusiasts quickly and easily. 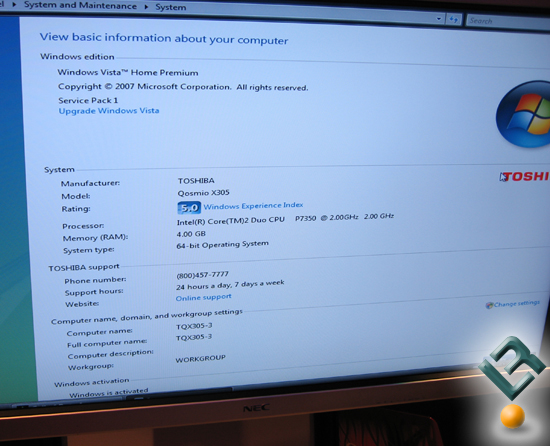 It is our hope that we can get one or more of these machines in the Legit Bunker for some up close and personal fragging, er, testing.