The Nintendo Switch is a tiny game console compared to all of the others on the market today. Its diminutive size is a function of its portability. Michael Pick decided he wanted to build a massive Switch and pulled it off, making it completely functional. All of the buttons work, and the giant console is powered by a normal Switch and Joy-Con controller.

It’s worth noting that the system is designed so if needed, the controller and Switch console itself could be replaced, as could the massive 4K screen. All of the buttons on the massive controllers are functional, and the video below gives an outline of how exactly the builder pulled it off. 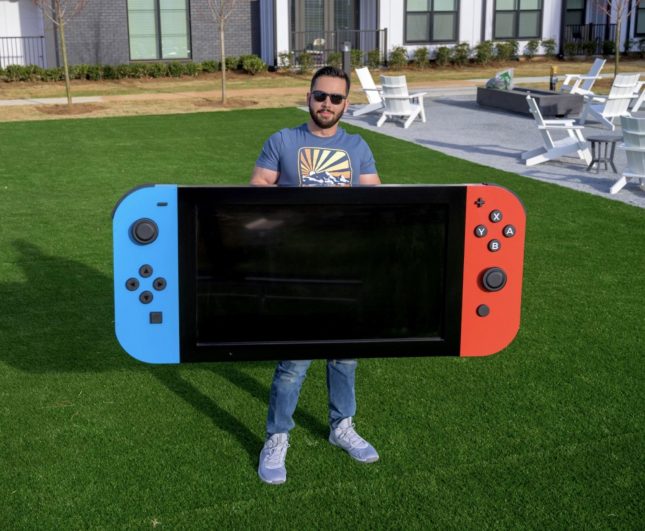 Some of the components, including the buttons, were 3D printed. The massive switch measures 30-inches x 70-inches and weighs about 65 pounds. It’s in the area of 650 percent larger than a standard Switch.

As for what’s going to happen to the massive game system, now that it’s complete, the builder is donating it to St. Jude’s Children’s Hospital. Check out the video above for more details.