One thing that Fortnite players really like are new emotes and cosmetics. Data miners have found hints at some new content coming to Fortnite that includes a new emote reportedly based on Dake’s Toosie Slide dance that goes with his latest song of the same name. The data miners say that music plays in the background as the in-game character dances.

Also ferreted out by the data miner is a new Cyclo skin seen in the image below. The skin has cool graphics and carries a description that reportedly reads “defy the storm.” Players also have the opportunity to get a Windshear Cloak. 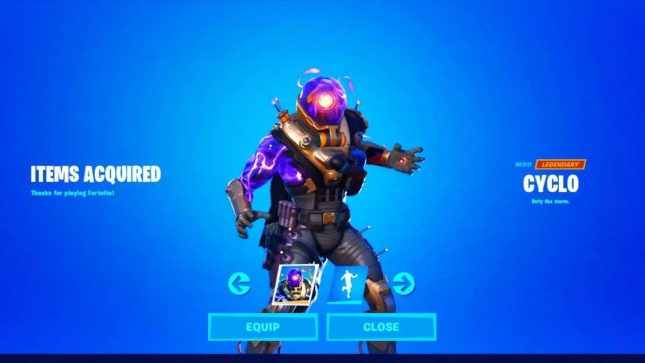 The cloak has a description “wherever the wind blows.” Both items reportedly resembled the doomsday event expected in Fortnite as the current season nears its end. Fortnite gamers are anxiously looking forward to Season 3 launching next month.

The 12.61 update for Fortnite should be the last one for Season 2 reports Essentiallysports. One thing of note is whether or not Epic Games has licensed the Drake dance or if we’re looking at the makings of another lawsuit against the company.