Skywatchers always like a good meteor shower to enjoy, and this week one is going on that some will be able to see. The Draconid meteor shower peaks Sunday, October 6 through October 10. The really good news here for those who want to see the meteors is that this shower doesn’t require you to stay up so late.

Most of the meteors from this shower will be viewable in the evening rather than after midnight. The point where the shower will appear is high in the sky, near the head of Draco the Dragon. That is a constellation in the northern sky that is seen early in the evening. 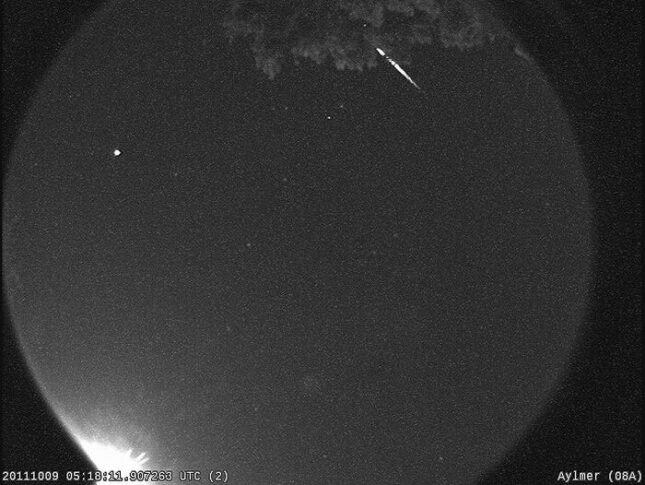 The shower’s peak is expected to be Friday, October 8, which will be particularly good viewing because of a waxing crescent moon. The Draconid shower isn’t particularly active, typically only producing 5 to 10 meteors per hour. However, at times the shower does produce much more than that to the tune of hundreds or even thousands of meteors per hour.

The shower produced many meteorites in 1933 and 1946, where thousands of meteorites were recorded each hour. The shower comes from debris left by Comet 21P/Giacobini-Zinner.