Doomed: Demons Of The Nether Combines Doom And Minecraft

A new cross between two iconic games has resulted in something you may not have known you wanted. Doomed: Demons of the Nether has created a version of the iconic shooter Doom inside the blocky building game. Demons of the Nether is meant to bridge the 1993 original Doom and Doom Eternal.

Demons of the Nether was created by Sibogy and is a full-on shooter with demons, shotguns, fire, and all the things you remember from Doom back in the day. One key difference between the Minecraft version and the other two games is that rather than having to find a key card to move the next area, you just have to defeat a bunch of enemies for the next area to open. 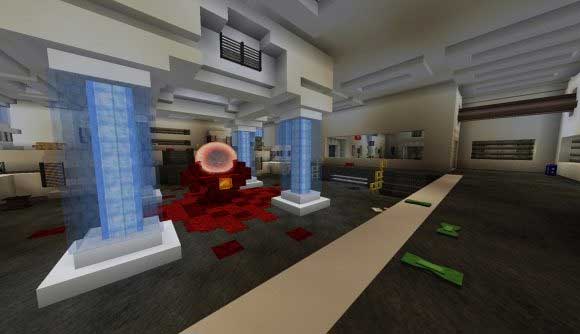 Two demo videos are around that show different aspects of the game, including the Martian landscape and the corridors of the research base. Perhaps the biggest downside is that the game isn’t yet playable, with the Planet Minecraft progress page showing it’s at 60 percent complete.

A demo is available that seems to indicate that only the first stage is ready for action. Check out the gameplay demo above for a better idea of the action.