While Digital Experience in Las Vegas has plenty to see, one of the first things that caught my eye was the USB booth. Here they happened to be showing off the latest and greatest iteration of SuperSpeed USB, USB 3.1! 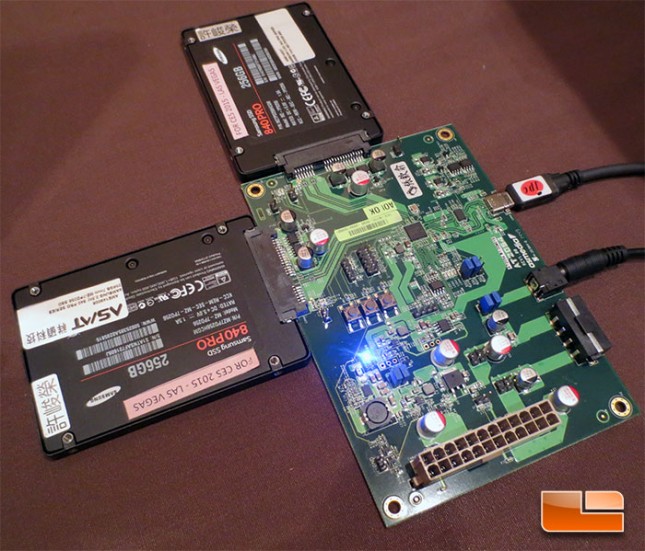 In order to hit the bandwidth that SuperSpeed USB 3.1 is capable of, they needed to run a pair of SSD’s in RAID 0. The SSD’s being used here are a pair of Samsung 840 Pro’s. Each of these drives are capable of read and write speeds of 540MB/s and 520MB/s respectively. 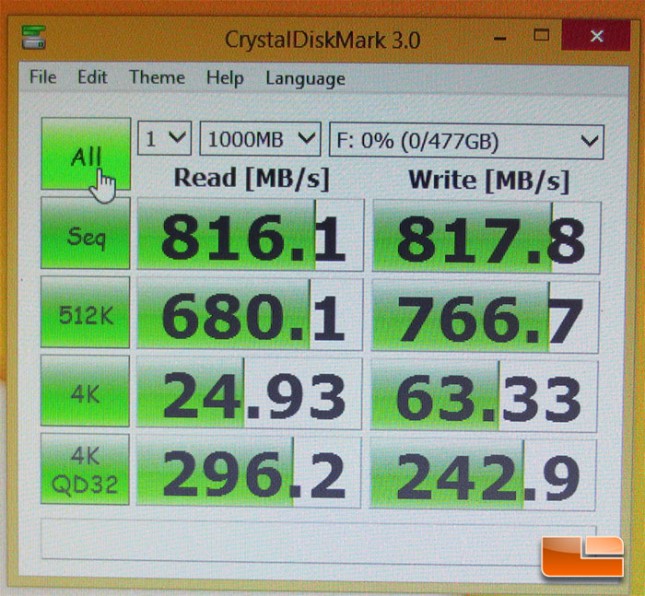 The benchmark that was being used to show the performance was CrystalDiskMark 3.0. I have used this benchmark many times over, an am quite familiar with it. From our own in house review of the Samsung 840 Pro, we were able to hit 536MB/s and 516MB/s on the sequential read and write tests. Granted that was running on SATA III 6Gbps, but that will show you the limitation of the single drive. Running a pair of them in RAID they were able to hit 816.1MB/s sequential read and 817.8MB/s! These numbers are well beyond what SuperSpeed USB 3.0 is capable of, as well as exceeding the limits of a single drive. 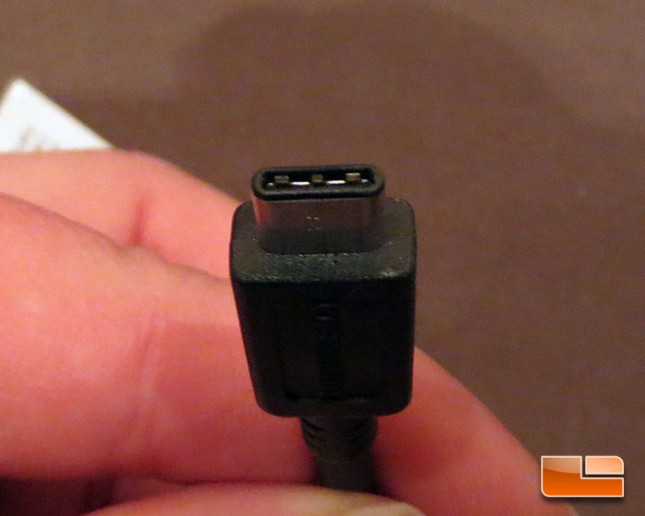 Undoubtedly you have struggled with figuring out which way your USB flash drive, or any other various USB device plug needs to orientated to fit into the port properly. The new connector for USB 3.1 is significantly smaller and more importantly, it can plug in either direction! That means no more flipping the plug over just to discover you had it right the first time! Thee SuperSpeed USB 3.1 is going to be able to deliver plenty of power to your devices, up to 100 Watts of power can be delivered. The specifications allow for 5 Amps and 20 Volts to be able to be delivered from the USB 3.1 port.