Moving forward, the OSVR software platform is available as an open-source via the OSVR website. This includes newly developed plugins like Unreal Engine 4, a distortionizer tool to provide support for the 11 currently supported brands of head-mounted displays, and an imager interface to allow for new technology modules like augmented reality, positional tracking or eye tracking.

The OSVR Hacker Development Kit v1.1 comes with an all-new full-HD OLED display for higher contrast and lower latency due to faster pixel-switching compared to the previous IPS panel, as well as improved mechanics and increased comfort. The HDK also includes a selection of faceplates with modules that can better enable augmented reality, natural interaction, positional tracking and more. Full designs and drawings for the HDK v1.1 are publically available for download from the OSVR website and will be available to ship from June 2015.

Since our announcement at CES less than two months ago, OSVR has propelled into a program that some of the worlds leading companies are joining, says Min-Liang Tan, CEO of Razer and founding member of OSVR. Its the combined efforts of the partners that drive the entire VR industry toward a consumer-ready device thats more immersive, upgradeable, inclusive and affordable than ever before.

Gael Seydoux, new business development director at Ubisoft says: The Open Source Virtual Reality framework has the potential to push the boundaries of virtual reality gaming. Our teams at Ubisoft are known for pioneering game development using the latest technologies, so were looking forward to demonstrating what we can do by working with Razer and Sensics, building on the OSVR platform.

Razer will showcase OSVR with supporting members of the platform at GDC in the South Hall, Booth 602. The demos will show a variety of games and input devices supported by OSVR, including developments from LeapMotion, NodLabs, Sixense, Untold Games and Tammeka Games. 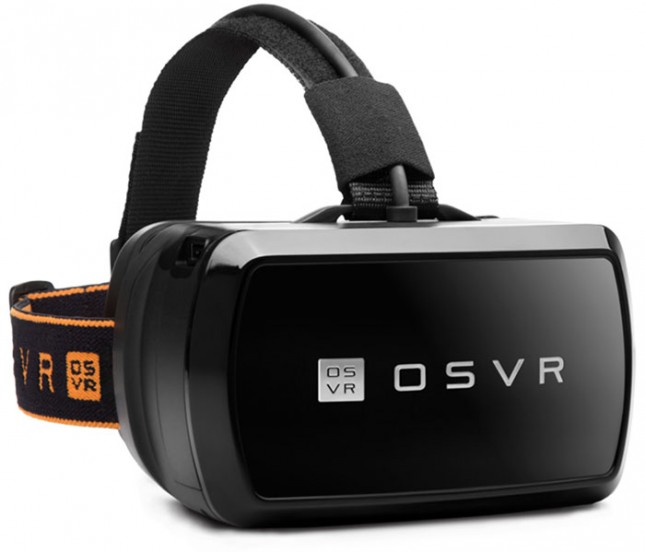 Through intensive collaboration with the OSVR ecosystem, we are rapidly adding capabilities to both the OSVR hardware and the OSVR software platforms, says Yuval Boger, CEO of Sensics. With every passing day, we are coming closer to our goal of providing an open platform that makes it easy to create interactive, engaging content and games across a wide variety of devices and operating systems.

Aesthetic Interactive is a one-man software development company, specializing in projects that require a high degree of creativity, design, and user experience.

ARCortex provides technological guidance, proof of concept, and system architecture design for the augmented reality market and promotes the industry by developing and licensing core technology.

castAR provides a 3D, holographic experience to your table, wall or other objects. The device also allows users to move around naturally so they can work or play together while sharing a Mixed Reality experience that blends a virtual world into the real world.

GODHEAD VR is a hybrid software and electronics company based in the Silicon Valley that promotes is best known for its upcoming head-mounted display, “NEO, designed to be the most modular and upgradable commercial HMD on the market.

Homido is a virtual reality headset for smartphones. Homido is committed to offering the best possible mobile VR experience to the masses.

Mindfield Games Ltd. is an independent Finnish developer that focuses on virtual reality games. Their first title, Pollen is in production and will be released in 2015.

Ubisoft is a leading creator, publisher and distributor of interactive entertainment and services, with a rich portfolio of world-renowned brands, including Assassin’s Creed, Just Dance, Tom Clancy’s video game series, Rayman, Far Cry and Watch Dogs. The teams throughout Ubisoft’s worldwide network of studios and business offices are committed to delivering original and memorable gaming experiences across all popular platforms, including consoles, mobile phones, tablets and PCs.

Vuzix is a leading supplier of Video Eyewear and Smart Glasses products in the consumer, commercial and entertainment markets. The Company’s products include personal display and wearable computing devices that offer users a portable high quality viewing experience, provide solutions for mobility, wearable displays and virtual and augmented reality.

The following upgrades have been made to the OSVR software platform that is currently in Alpha stage:

As announced at CES, OSVR binaries are now also fully open-source and publically accessible at access.osvr.com.

The OSVR Hacker Developer Kit is designed to be open-source and affordable, without compromising on quality or functionality. As the HDK is still in development, Razer is making improvements to the design and adding modules for additional functionality.

The following modules have been designed for technology evaluation and can be downloaded from the OSVR Website to be 3D-Printed or modified for development needs.

To find out more and download the designs, go to www.osvr.com/hardware/

OSVR is a software platform designed to set an open standard for virtual reality input devices, games and output to provide the best possible VR game experience. Supported by industry leaders, the OSVR framework unites developers and gamers alike under a single platform.

For the full list of OSVR supporters and more information, go to www.osvr.com.