Amazon has made streaming devices for a long time now under its Fire TV brand. The devices are set-top boxes and streaming sticks that plug into the HDMI port of a normal TV. Amazon has worked with third-party companies to integrate its Fire TV software into other smart TVs in the past. However, Amazon is now working on its own branded smart TVs, and some details have leaked about the devices.

A new report claims that Amazon will launch the Fire TV Omni series and the Fire TV 4 Series. The latter series is said to be the more affordable line. Amazon says it chose to develop its own smart TVs to integrate the Fire TV software better. 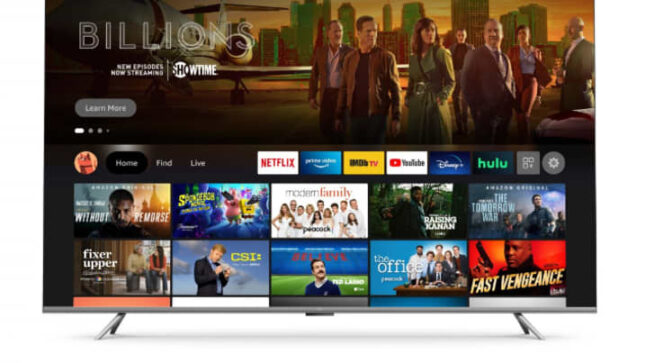 The new TVs will go on sale in October with a range of available screen sizes. Pricing on the TVs will range from $369.99 to $1099.99. Presumably, the software used in the TVs will be the same as used on the streaming devices it already offers.

Past reports have stated that Amazon is working with third-party manufacturers to build the TVs, but they are Amazon branded. Amazon will also gain more power to control pricing for its TVs under its own brand. Depending on the screen sizes, the pricing sounds good, and Amazon may hurt its competitors.