Longsys Electronics has released DDR5 benchmarks from an Intel Alder Lake-S system that are very interesting. The Alder Lake is the codename for Intel’s upcoming 12th Gen desktop processor series that will launch in the second half of 2021. It is rumored to being built on the 10nm Enhanced SuperFin manufacturing processor and uses a new LGA 1700 socket. Socket changes are always hated by enthusiasts, but this socket change brings DDR5 and PCI Express 5.0 support. Intel is also using a hybrid CPU architecture for this chip as they have paired bigger, high-performance cores with smaller, power-efficient cores in the same package. The big CPU cores are Golden Cove and the small CPU cores are Gracemont. Alder Lake will be available for both laptop and desktop PCs. 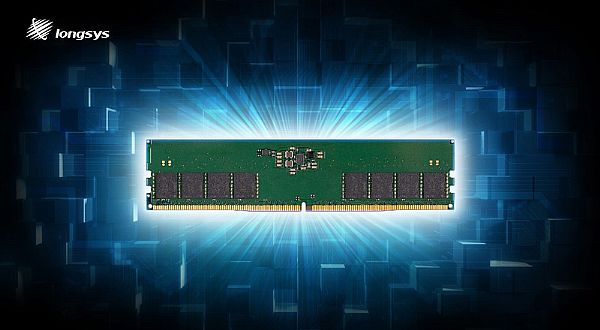 So, what did Longsys show off with DDR5 benchmarks? They confirmed that they are working on both 16GB and 32GB individual models that have 8 PCB layers. The 16GB DDR5 modules are single rank with a 6400 Mbps clock speed and a CAS latency of 40. The larger 32GB DDR5 modules are dual rank and also clocked at 6400 Mbps with CL40 timings. DDR5 is expected to reach speeds of up to 8400 Mbps.

Longsys doesn’t say exactly what Intel Alder Lake processor that they have, but their screenshots show it has a 800 MHz base clock. The Windows 10 Task Manager menu is open under the memory tab and it shows the board they are using has 8 memory slots. 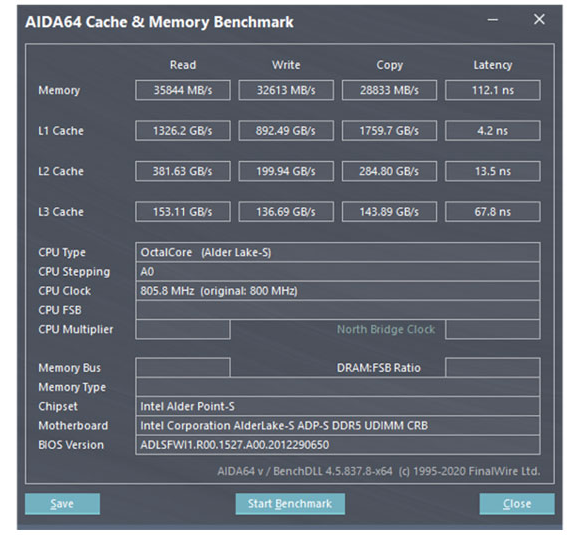 In AIDA64 the test system scored 35,844 MB/s read and 32,610 MB/s write. The copy test finished with a result of 28,833 MB/s and the DDR5 memory latency was 112.1 ns. The bandwidth results look solid, but the memory latencies are actually higher than we expected to see.

Longsys provided the following table that compared their 32GB DDR5 to 32GB DDR4. Longsys did not mention the memory speed for the DDR4 kit, but we are thinking they did it at DDR4-3200.

These early numbers are looking good and we expect to see higher numbers when Intel’s 12th Generation Alder Lake-S processors come out in late 2021. We also expect to see higher clocked DDR4 memory kits with potentially tighter timings from enthusiast memory companies. You can read the full news release on the Longsys DDR5 memory launch here.