DDR3 memory kits have come a long way since they were released back in 2007. With this weeks introduction of the 2nd Generation Intel Core i7 processor family and Socket LGA-2011 Platforms with the X79 Express chipset we are seeing that DDR3 memory still has some room to grow. The Intel Sandy Bridge-E processors and the X79 Express-based motherboards support quad-channel memory. 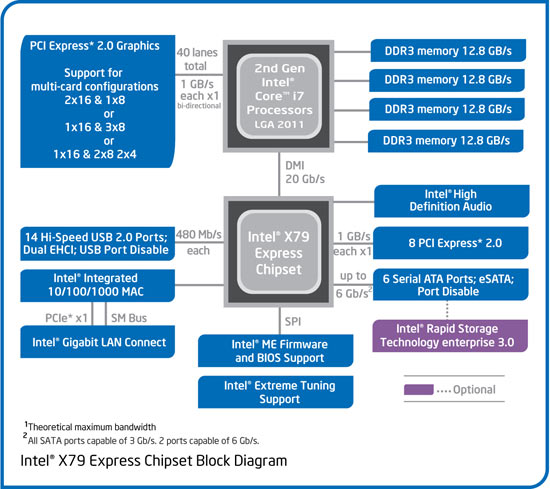 Our readers appear to be curious about the benefits of this new DRAM solution. Since we posted our launch article on the Intel Core i7-3960X we have been getting e-mails asking if dual channel memory kits will work on this board and how memory performance is at various clock speeds. We didn’t have time to do all that memory testing in our launch article, but we have that testing completed now. We want you to be able to maximize performance on Intel’s new Core i7-3960X or 3930K processors with quad-channel memory! 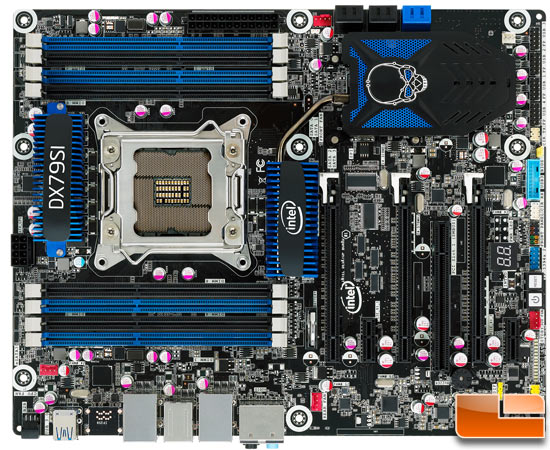 We will be using the Intel DX79SI motherboard with BIOS 280 for our testing again. This is the reference design for the Intel X79 Express chipset, so it should offer solid memory stability and great performance. 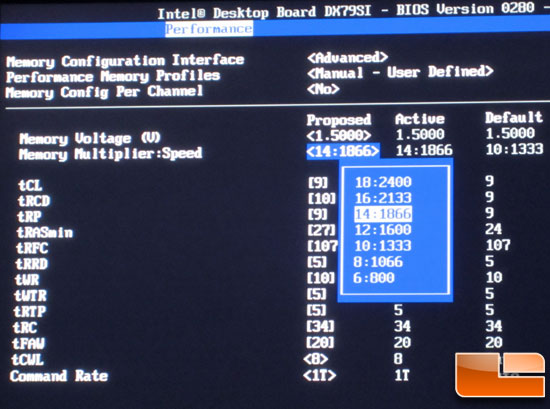 It is very easy to overclock memory on the Intel DX79SI desktop motherboard as it has seven multipliers for the DDR3 memory that range from 800MHz to 2400MHz! So, overclocking your memory takes just a few minutes and a few clicks in the BIOS.

To really put the Intel DX79SI ‘Siler’ motherboard through its paces we need a good memory kit and for that we turned to the Dominator GTX series, which is Corsair’s extreme performance PC memory line. The Dominator GTX kits are designed for enthusiasts who are obsessive about beating world speed records and the kits are individually hand screened to ensure that only the best modules get selected.

The exact kit that we are using is CMGTX8. It is comprised of four 2GB modules that are rated at 2400MHz with 10-12-10-30 timings at 1.65V. This Corsair memory solution should do great with the Intel DX79SI motherboard as it has memory dividers that go up to 2400MHz without having to overclock the processor! We’ll be using this kit to see how memory performance is starting off with single channel and working our way up to quad channel. After that is done we’ll be looking at memory clock speed on this quad channel memory kit starting out at 1066MHz and working our way up to as high as possible.

Let’s take a look at the test system and then jump into a few benchmarks!