Cyberquad Is Meant To Be A Child’s First Tesla

Tesla has revealed a new product aimed specifically at children ages eight and up. While it won’t guarantee the Cyberquad will ship in time for Christmas, it’s sure to be at the top of a lot of Christmas lists. The Cyberquad is a four-wheel ATV powered by a lithium-ion battery.

The battery is good for 15 miles of riding per charge, and it’s unclear how quickly the battery will recharge. Since the battery is small, it’s likely to have a fast charging speed using a normal wall outlet. 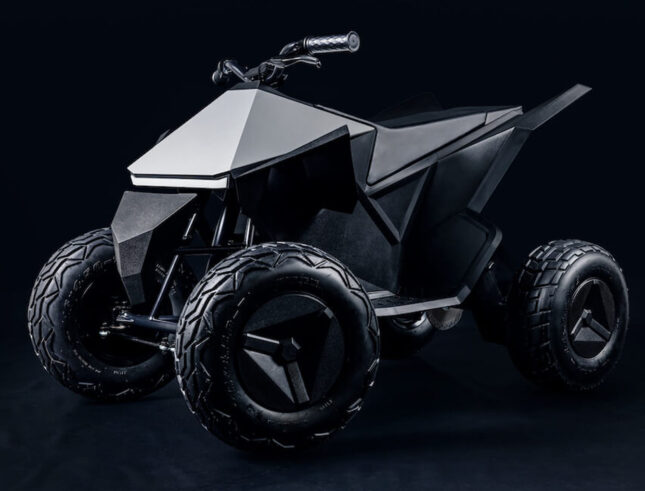 Cyberquad has a ten mph top speed that can be governed down by parents to suit the rider’s needs. Anyone familiar with the Tesla Cybertruck will recognize the styling of the Cyberquad.

The little vehicle has a single electric motor and appears to be chain-driven. It features a cushioned seat, adjustable suspension, and disk braking on the rear axle. There’s no mention of a weight limit, so it’s likely that anyone, including adults, can cruise around on the little Cyberquad.