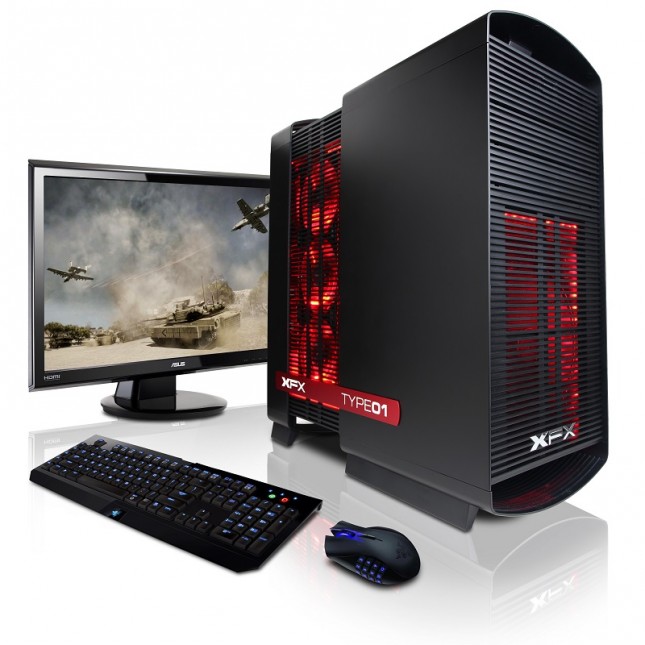 Cyberpowerpc, a global manufacturer of custom gaming PCs, today announced its MEGA MINER series, a family of high-performance systems designed and optimized not only for gaming, but for cryptocurrency mining as well.

The MEGA MINER series is powered by AMD’s Radeon R9 series graphics cards, which provide up to 1000KHash/sec on a single card. With the ability to add up to three cards per system, the MEGA MINER has been intelligently designed with the GPU power to perform the necessary calculations faster to earn more coins.

The MEGA MINER series comes with a choice of AMD’s FX-4300 processor or Intel’s Core i3-4130 Haswell processor depending on the model.  The series also utilizes the Thermaltake DPS series of 80 Plus digital power supplies, which conveniently monitor one of the most vital pieces of information all coin miners need to know – your electricity cost. The MEGA MINER systems combine powerful mining hardware with the precision and control of Thermaltake DPS power supplies for the best coin mining experience.

While MEGA MINER machines are ideal for mining cryptocurrency, their multi-GPU nature also make them extremely capable gaming PCs. Cryptocurrency mining software allows the user to schedule processing resources for each individual GPU, meaning one graphics card can be mining while the other is free for gaming purposes.

What Is Cryptocurrency & “Coin Mining”

Cryptocurrency is a form of digital money that uses cryptography to form a decentralized payment network where transactions are validated by its users.

Coin mining is the process of maintaining and validating transactions within the block chain, which is a public record of all transactions made on the network to date. Miners run cryptographic hashing functions on their computers and only when a consensus is reached on results is a transaction confirmed and added to the block chain.

Block chains can only be modified by consensus of all miners in the network, which both prevents abuse by any individual or group and promotes security of transactions. The block chain prevents attempts to spend a mined coin more than once, otherwise digital currency could be counterfeited by copy and paste.

The CYBERPOWERPC MEGA MINER series assures users they have the highest density of GPU and CPU computing performance as well as adequate power and cooling out of the box to set up a cryptocurrency mining PC.

All MEGA MINER models can be customized with a number of high-performance component upgrades such as CPU and gaming memory, solid state drives and storage hard drives, gaming peripherals, business software to enhance your productivity, and more at the company’s website, www.CYBERPOWERPC.com .

All CYBERPOWERPC systems are assembled and supported in the USA. Every system is meticulously built including precise cable routing to ensure optimal airflow and a clean aesthetic appearance. CYBERPOWERPC loads every system with Microsoft Windows 8.1 for an enhanced gaming and multimedia experience. All CYBERPOWERPC desktop gaming systems include an industry-best 3-year limited warranty.