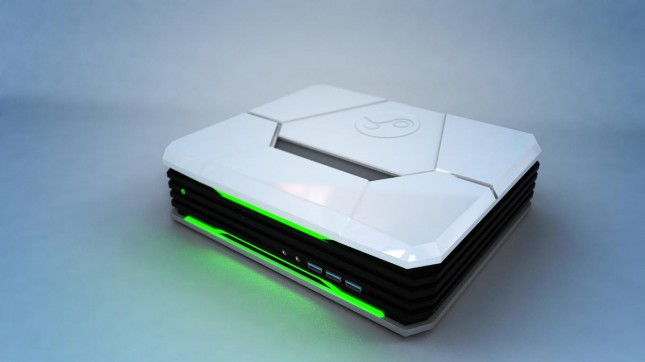 CITY of INDUSTRY, CA (January 6, 2014) CyberPower Inc. www.cyberpowerpc.com, a global manufacturer of custom gaming PCs, promises your living room will never be the same in 2014 when it debuts its stylish Steam Machine series at CES.

Powered by Valve Corporations Steam OS, the CYBERPOWERPC Steam Machine will feature full desktop PC performance in an advance stylish form. The revolutionary Steam OS will give you full control over your Steam game library straight from your living room. All Steam Machines will run the latest version of Steam OS, an open source Linux-based operating system developed specifically for gaming and other entertainment. The new systems will be capable of running hundreds of games currently in the Steam catalog, as well as upcoming titles from other developers.

The systems will include high-density storage, wireless connectivity via Bluetooth and WiFi, and USB 3.0. However, the key hardware feature will be the Steam Controller, which features two circular, clickable trackpads with a touchscreen in the middle. Driven by the player’s thumbs, the Steam Controller allows for higher fidelity than traditional gamepads, which makes it a better alternative to a mouse and keyboard for controlling PC-centric genres like strategy games and first-person shooters.

CYBERPOWERPC Steam Machine will come in several pre-configured options priced from $499 to $699 with the ability customize all models.