NASA’s Curiosity rover has been cruising around the surface of Mars for a long time taking photos of various rocks and other features on the planet’s surface. Recently, Curiosity snapped a picture of the odd-looking rock seen below. The rock looks like a flower or some sort of coral, but it’s neither.

According to NASA, the object is a mineral formation formed by minerals precipitating from water. The official name of the formation is a diagenetic crystal cluster. This type of formation has been seen in the past and was made of sulfates. 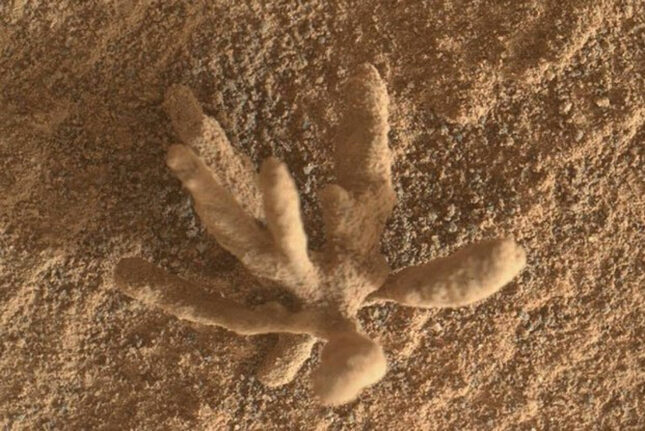 The exciting rock is tiny despite looking large in the photograph. It’s approximately the size of a penny. One interesting aspect of this type of mineral cluster is that it is resistant to erosion.

The images were taken on Sol 3397 and processed by Kevin Gill. Curiosity is continuing to explore the surface of Mars, looking for proof of ancient life.