Amazon had high hopes for its free-to-play shooter called Crucible. So far, the game has struggled to find fans, and many gamers have been critical of the title. Developers of the game at Relentless Studios released a statement saying that they had heard the criticism and that they had made plans to deal with it. One of the first plans is to remove two of the three-game modes.

Both the Harvester Command and Alpha Hunters modes are being retired “for the foreseeable future,” reports PC Gamer. The game mode that will live on and receive all of the developer’s attention is the Heart of the Hive mode, which has been the most popular. In that mode, two teams of four race to capture harvesters and fight NPCs until a hive heart monster spawns. 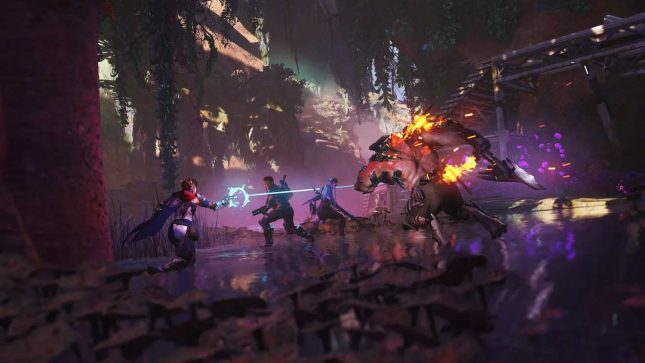 When that monster spawns, players have to kill it. Other items devs are working on include voice chat, a surrender option, a system to deal with AFK players, an expanded ping system, and possibly some type of mini-map. Developers also plan, improve matchmaking, give more hit feedback, and improve the frame rate.

To allow the developers to focus completely on making the game better, the first season of content is being put off. Franchise head Colin Johanson explains, “We’re going to stay in pre-season until those features and polish that have been identified by the community are completed.”