It’s been awhile since we’ve had a SATA II (3Gbps) interfaced drive come across our desk as the SATA III (6Gbps) drives have been coming out fast and furious and there aren’t as many of the SATA II drives being made. However, there are still a heck of a lot of systems out there which are not SATA 6Gbps capable so it makes sense for there to be a fair amount of demand for the 3Gbps drives. So, it wasn’t all that surprising when the Crucial V4 256GB SATA II drive showed up on our doorstep looking for some love. We’re all too happy to oblige. 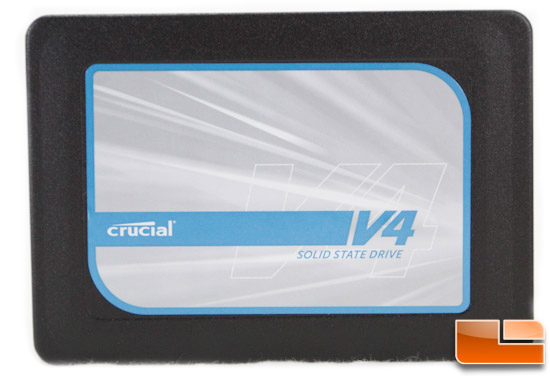 Of course, having a SATA II interface the performance numbers aren’t going to be hitting some of the highs we’ve seen on the newest drives but those with SATA II motherboards won’t be shorting themselves. If you are running a little older hardware and looking for a value priced SSD, pay attention. Crucial lists the 256GB version of the V4 drive as hitting reads as fast as 230MB/s and writes up to 190MB/s. The smaller capacity drives, 32GB, 64GB, and 128GB, offer a little less in overall performance, decreasing as capacity does since lesser dense NAND is a bit slower. The 256GB V4 can be found for about $180 online as this is written and comes with a three year warranty covering manufacturing defects. 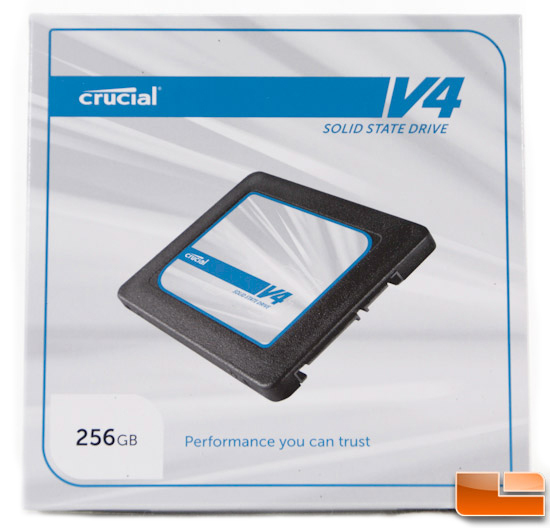 Across all of the capacities in the V4 line, each feature a 2.5″ interface, 25nm MLC NAND, and a life expectancy of 1 million hours MTBF. 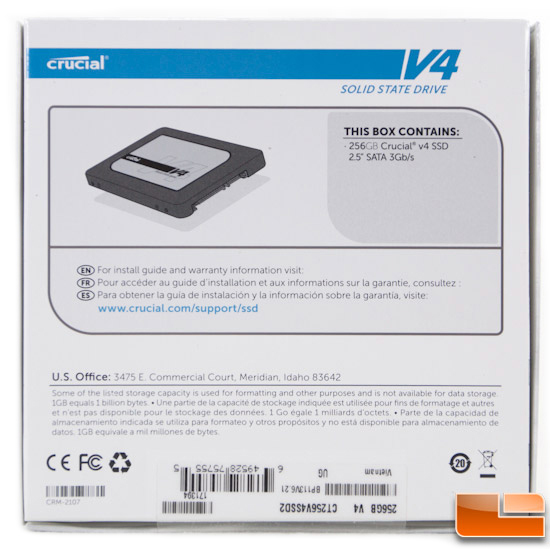 As noted on the box, this is a no frills package with no extras being bundled with the drive such as a 2.5″ to 3.5″ adapter plate or accompanying software. For warranty and installation information, the user is directed to Crucial’s website. 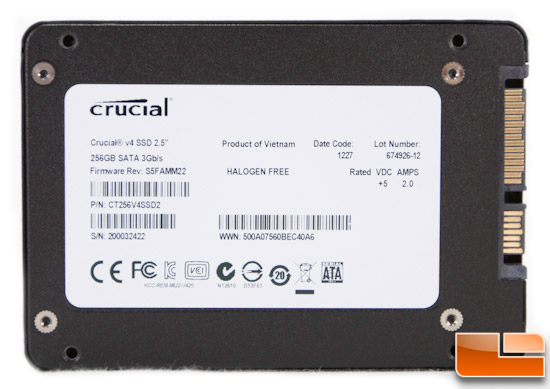 The drive itself is comprised of a black aluminum shell with Crucial branding on the front and rear with blue, white, and grey being the predominant colors – typical of Crucial products. Let’s crack this baby open and see what makes it tick.