Crazy Meteor Shower Could Light Up The Sky

Most of America’s looking at a long holiday weekend, and at night on May 30 and 31st, that could be something spectacular to look forward to in the night sky. There’s a possibility that a meteor shower called Tau Herculids could produce up to 1000 meteorites per hour. However, there’s also the possibility we won’t get any.

According to NASA, if the earth passes through a thick area of space rocks, we could get 1000 shooting stars per hour. However, if debris from the comet that created the shower moves at less than 220 mph, nothing will make it to earth, and we won’t see the meteor shower. 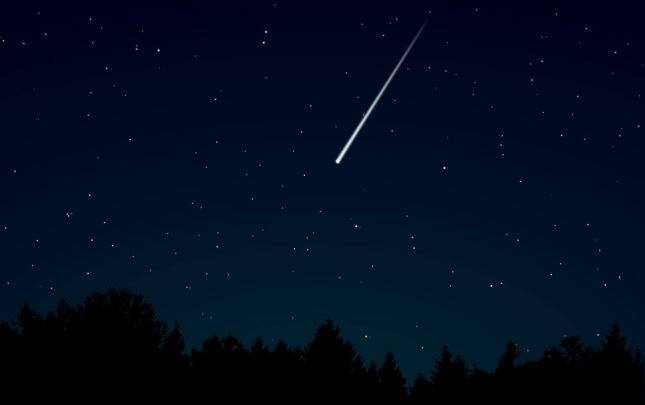 Anyone wanting to look will have the best opportunity at around 2 AM. The moon is also going to be small and not produce much light pollution. The comet that created the potential meteor shower is 73P/Schwassmann-Wachmann, known as SW3.

Meteor showers are exciting and happen each year as the earth passes through the debris trail left by comets. It’s too bad the meteor shower won’t occur on the weekend when most people are off and would have you look.