Legit Reviews News Crash Bandicoot: On The Run Coming For Android And iOS

Crash Bandicoot: On The Run Coming For Android And iOS

Earlier this year, King soft-launched a video game called “Crash Bandicoot: On the Run!” The developer has now announced the mobile game is heading to a broader launch on both Android and iOS devices. The game is a mobile runner featuring the iconic Crash Bandicoot from the popular platform franchise.

Currently, “On the Run!” is available for pre-registration on Google Play for Android devices, and King says that it will soon land for pre-registration for iOS users as well. Anyone who pre-registers for the game will receive a free blue hyena skin that was seen in the Crash Team Racing: Nitro-Fueled when the mobile runner launches. 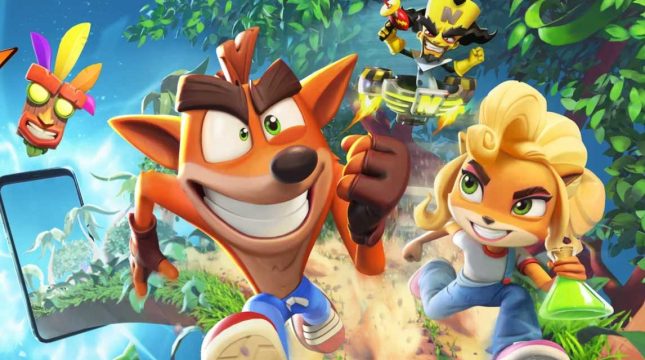 In the game, Dr. Neo Cortex and his minions are trying to take control of the multi-verse. Crash and Coco have to run through levels that are meant to remind of classic regions from Crash Bandicoot games like Temple Ruins, Turtle Woods, Bear It, and others. Levels will have secret paths that players can find and players will face boss battles.

The boss battles will see major villains from the franchise return, including Scorporilla, Nitrus Brio, Nina Cortex, and Dingodile. Players will be able to build up their character and customize them with upgrades by gathering rewards and ingredients. It also features asynchronous multiplayer.