Corsair has had an exciting year so far in 2013 stretch from exciting new product releases including the acquisition of Raptor Gaming to sponsoring Team Solo Mid, one of the most accomplished North American League of Legends team. Corsair’s eagerness to learn and adapt has landed them into the gaming peripheral market where their name has gained recognition within the past year since the M60 and M90 mice, and K60 and K90 keyboards made their debut. 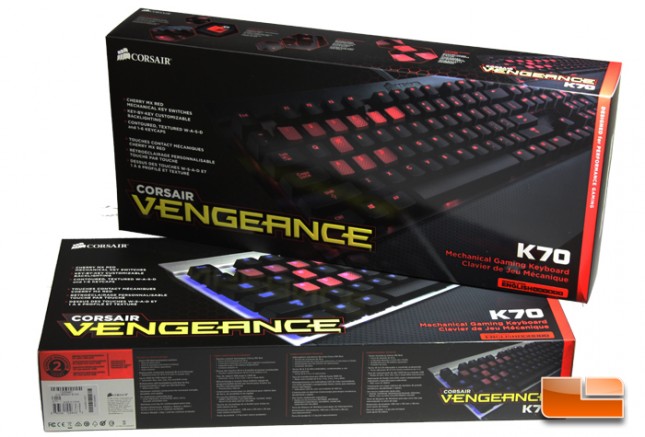 We reviewed the Corsair Vengeance K60 last year with favorable words. We liked its unique industrial look and brushed aluminum as well as the Cherry MX Reds’ responsiveness. However, many other manufacturers have jumped onto the mechanical keyboard bandwagon within the past year and we’ve observed Corsair making moves to expand its presence and respond to demands. The Vengeance K70 is one of Corsair’s new mechanical keyboards for 2013 bringing highly requested backlighting to the K60 design. 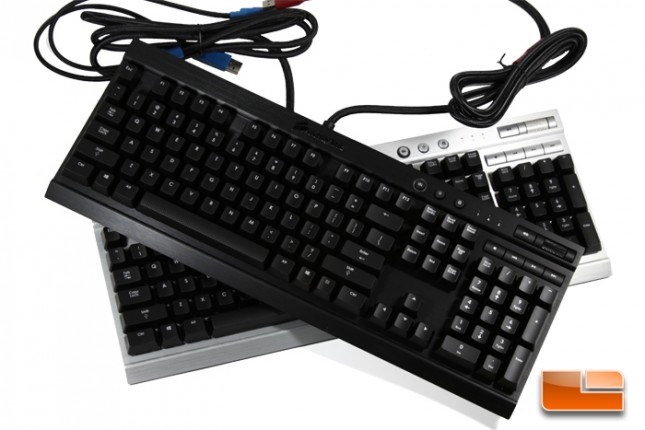 My first impression of the Vengeance K70 was mixed. It’s a very attractive mechanical keyboard, but it doesn’t have any other outstanding feature that warrants special attention – maybe the key-by-key customizable backlighting seem cool, we’ll have to examine further. Other advertised features include multimedia keys, 20-key rollover, USB passthrough, a small set of textured keycaps, and a two-year warranty. The K70 has seemingly dropped from its $130 base price, though it’s still an expensive keyboard at $110 for the Silver and Black models, both of which we have for review. 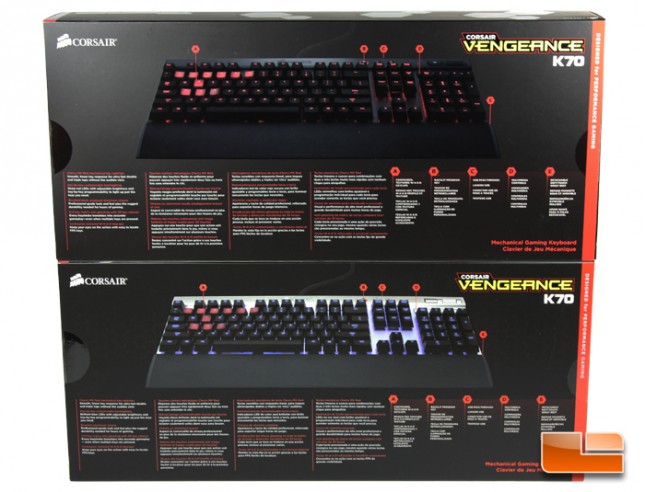