With the Corsair Vengeance memory kit designed for overclocking we were excited to see just how much it could be pushed past it’s default settings of 1600MHz. One down side of Sandy Bridge CPU’s is that overclocking the memory is simply adjusting the multiplier up a notch or two. Sandy Bridge on P67 supports 1066/1333/1600/1866/2133 memory speeds out of the box. 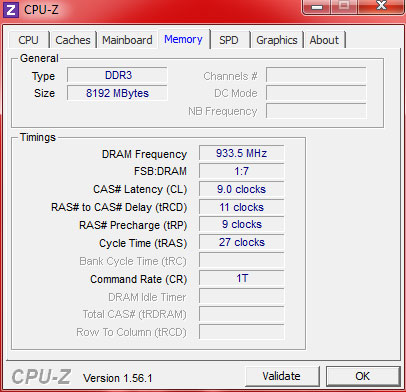 Our first attempt was to try the 1866 multiplier on our Intel Burrage motherboard. After the board failed to post I upped the voltage and loosened up the timings, however the board still failed to post. Knowing that the Corsair Vengeance should easily handle these settings, I installed them into an ASUS P8P67 Deluxe. Once installed they booted up at 1866MHz 9-11-9-27 1t with 1.65v without a single issue. Not satisfied with a 266MHz overclock I tried to push up to 2133MHz, but was unsuccessful with all attempts at this speed. 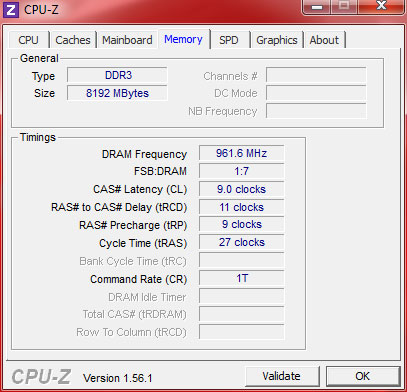 Still, I knew that there was some speed left on the table so I started turning up the BCLK. With a BCLK of 103MHz it was starting to push some of the other components out of spec. Not wanting to face the possibility of corrupting the Windows installation, I stopped at 103MHz BCLK giving me, 1922MHz memory speed. This is a solid 322MHz increase over the default speeds of our Corsair Vengeance memory kit. While it’s not setting records it is showing that 8GB of memory is definitely capable of reaching close to the highest memory multiplier on Sandy Bridge.

With a mind for system stability, I’ve included our 1866MHz overclock in the rest of the review to give you an idea of how it stacks up.