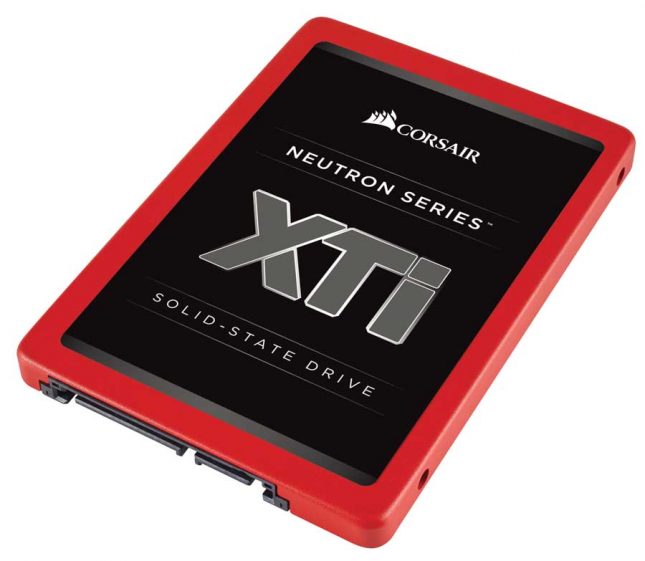 FREMONT, CA June 8th 2016 – CORSAIR, a world leader in enthusiast memory, PC hardware and components today announced the launch of its latest range of solid state drives, the Neutron Series XTi. With a blisteringly quick quad-core Phison controller and performance MLC NAND, Neutron Series XTi offers SATA 6Gbps-saturating transfer speeds of up to 560MB/sec and excellent sustained performance consistency with even the most demanding of workloads.

The Neutron Series XTi utilizes a dedicated quad-core controller for top tier top tier speeds with sustained performance and low command latency. The result is exceptional transfer speeds of up to 560MB/sec, 540MB/s sequential write, 4KB random read of up to 100K IOPS and 4K random write of up to 90K IOPS; up to the tasks of todays most demanding end-users.

The Neutron Series XTi is also equipped with end-to-end data path protection, ensuring data is protected against corruption from the host to the NAND gate. Combined with power loss protection with advanced SmartFlush and GuaranteedFlush technologies as well as a host of error correction technologies, the Neutron Series XTi secures your drive for an ultra-consistent and reliable experience.

Images of the Neutron Series XT SSDs can be downloaded from the link below: https://corsair.sharefile.com/d-s90e63fa714e49118