Corsair Memory: From Drab to Fab

With the explosion in the enthusiast hardware sector Corsair Memory has gone from a $20 million dollar company to a $200 million dollar company in a matter of years. With the huge increase in sales they have had to increase and modify their infrastructure drastically along the way. The most recent change happening in the Corsair camp is the move to new building. Corsair insiders project that the project will be completed by May 2005! They aren?t going far though as the newer building happens to be just a mile down the road from the current head quarters in Fremont, California. We had a chance to stop by Corsair Memory this week and stop by both the old building and the new. We actually saw the building before most of the staff, so you are seeing it before all the Corsair employees do! 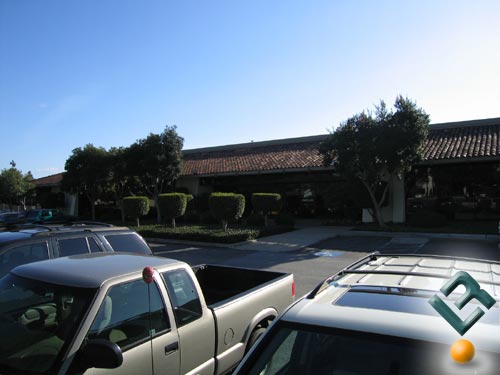 The old 47,000 square foot building served Corsair well for the past three years, but Corsair stated that it is time for a change. Their old building got the job done just fine, but was drab and lacked curb appeal. Corsair?s owner Andy Paul said that moving to the newer building is a smart move both financially and for future growth. The new building has been vacant for a number of years like many in Fremont after the internet bubble burst, so Andy said that the price per square foot was very reasonable compared to years past. Although we won?t go into dollar details for privacy reasons we?ll just say Corsair got a great price on the five year contract they signed. 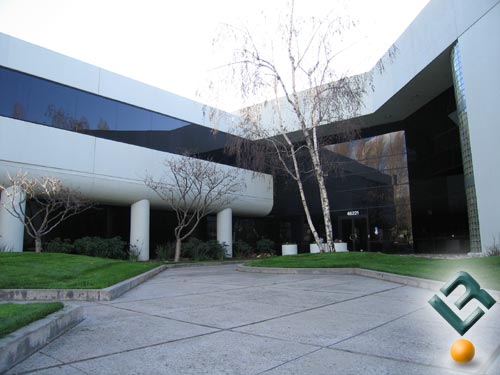 As you can tell the new building looks much newer, is two stories, and has better curb appeal for those driving by. The new building is 54,000 square feet and is located just off the highway and can actually be seen from the highway. Although the new facility is only slightly larger than the current building there is a ton more office space available and less production space. This is because Corsair is going to continue to manufacture and order parts to be built overseas. Sad to see production jobs leaving the states, but for Corsair to compete with other memory companies it is something they must do to stay competitive in the market. 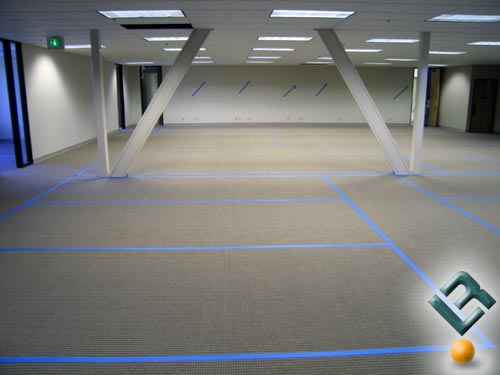 As you can tell the new building still needs to be finished. The blue tape on the floor represents cube or interior walls. The blue tape on the back wall going diagonal is a wall the needs to be torn down. Corsair plans on keeping the Pro and Xpert modules in the United States and also an engineering line for new product development. Below is an image of where the production lines will eventually be. 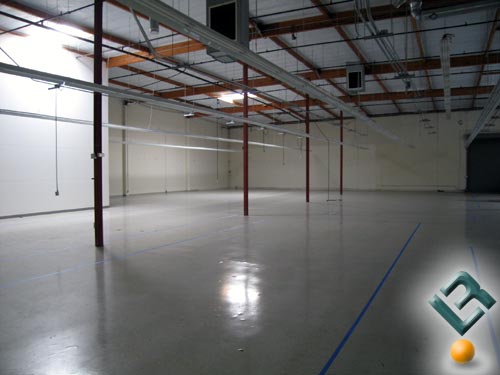 Other than moving to a new bigger building with more office space Corsair also is showing off a new Ultra Low latency memory module!